The Summer of 2013 might as well be renamed the Summer of Pharrell. After his collaborations with Daft Punk, Robin Thicke and many others he has decided to help out Earl Sweatshirt on his new song "Burgundy".

The ambiently-orchestrated track is filled with Earl's trademark flow with somewhat depressing lyrics about pressures from peers and the anxiety it causes him.

In regard to style, the track is different from the other songs Pharrell's collaborated on this year. It seems out of place without his signature neptune drum beats.

Earl's much anticipated debut album, Doris, drops August 20th and you can pre-order it on iTunes and Amazon. 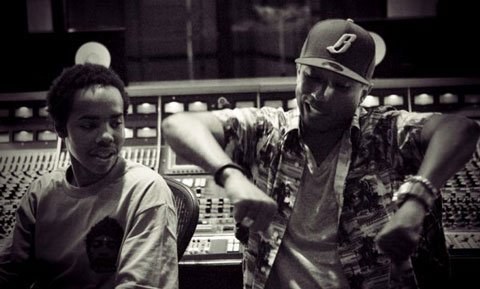 Anderson .Paak Extends 2019 Tour Dates: Ticket Presale Code & On-...
Tickets Hip Hop Anderson .Paak & The Free Nationals Earl Sweatshirt Jessie Reyez Mac DeMarco Noname Thundercat
3
6453
Back to top
You must be logged in to upvote.
Registration and login will only work if you allow cookies. Please check your settings and try again.