Over this past weekend, Radiohead got their UK fans attention by sending pamphlets that teased a new song and included the lyrics: "Sing a song of sixpence that goes / Burn the Witch / We know where you live." On Sunday, the band erased their online presence by wiping out all information on their website and social media accounts.

As the suspense has been building, today the band shared a claymation music video for "Burn The Witch," a song that they have performed live a few times and was first mentioned on the album artwork for 2003's Hail to the Thief, created by Stanley Danwood.

This new music video, directed by Chris Hopewell, is reminiscent of the 1973 film The Wicker Man. An out-of-towner visits a quaint village where he is given an introduction to the people and land. There's an underlying darkness, and the song builds a sense of anticipation to accompany the plot, which concludes with a surprise ending.

Musically, the song sounds familiar. It has many of the hallmarks of Radiohead's previous recordings, with electronic beats, lush orchestration, and Thom York's familiar falsetto vocals. The use of an orchestra is something the band take farther here than they have in the past, which is something many were expecting after their unused James Bond theme song was released in December.

Radiohead have announced a handful of 2016 tour dates in addition to festival appearances in the U.S., Europe, and England. So far, there's been no official announcement of a new album.

For the latest music, news, and tour dates from Radiohead, check out their Zumic artist page. 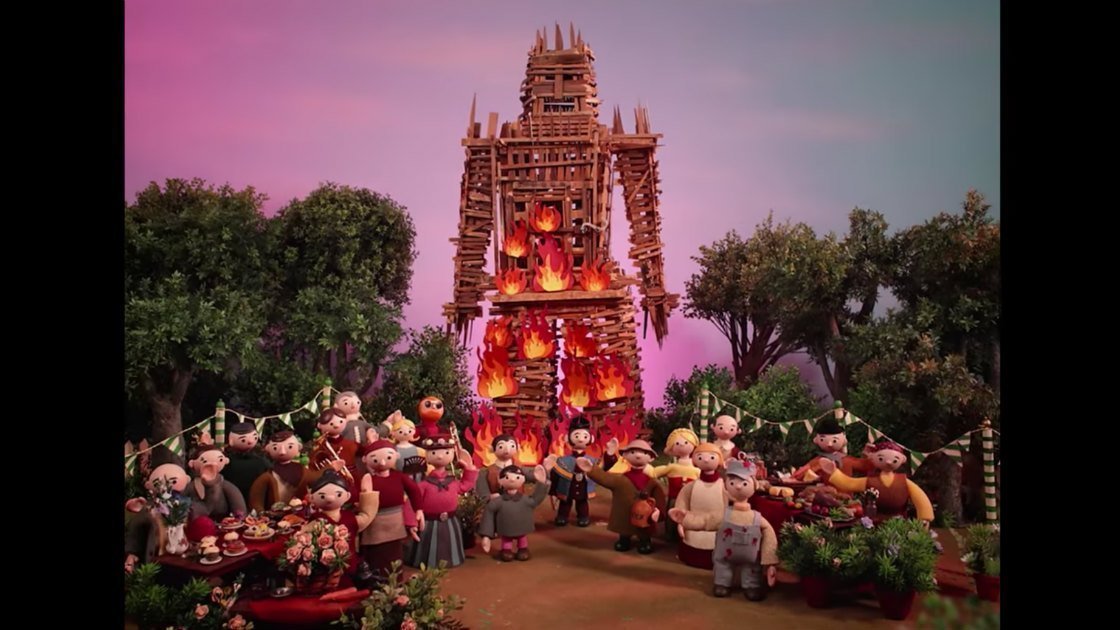