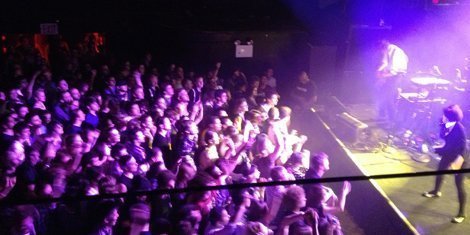 It's quite possible that every French person in New York City was at Irving Plaza last night. Everyone was there to see Caravan Palace, one of the biggest electro-swing acts around. You may find yourself asking what electro-swing is, in which case, it is exactly what it sounds like. Just combine 1920s big-band swing music with current day house and electro and you've got the right idea. 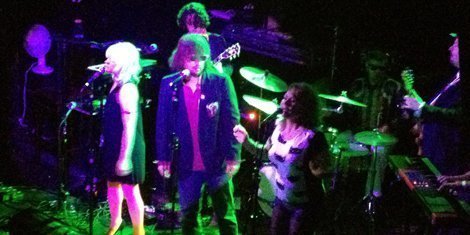 It was definitely a French-themed show, as the opening act were the faux-French rockers, Les Sans Culottes. Honestly I didn't know they weren't really French until I looked them up just now. It turns out they're from Brooklyn, but just pretend to be French. They do originals in French, covers of French rock songs, and French translations of American songs. The members also have the best stage names I've ever seen, which all seem to be French puns, such as Courtney Lourve, M. Pomme-Frites, and the best one, Benoit Bals. 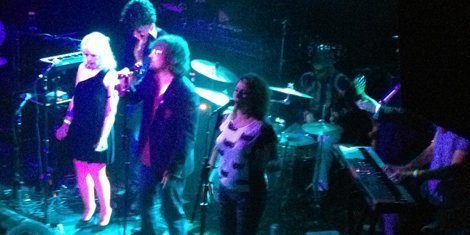 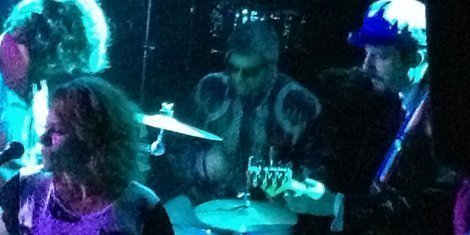 Les Sans Culottes put on a good show, with their old 60s rock n' roll sound with an almost surf-rock tinge to them. They also did a nice French version of "These Boots Are Made For Walkin." I don't know if the people there were aware of the fact that the band wasn't really French, but regardless, people had a good time. 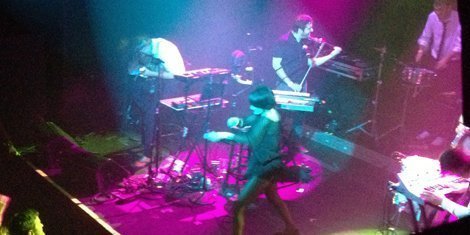 When the time came for Caravan Palace to take the stage, the room became essentially a big dance party. Well, those in the pit just jumped and pushed, while those on the balcony and the hallways outside the pit paired off and did the best swing dancing they could do. You would think it a strange combination, but the two genres blend better than most other weird combinations. After all, swing was dance music, and now they're just pairing it with today's dance music. 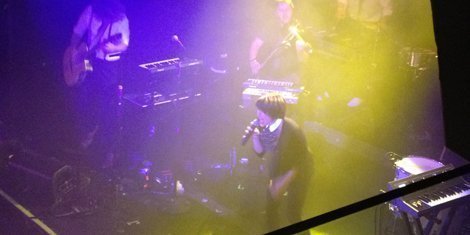 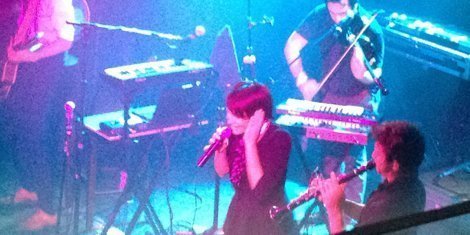 The seven-piece band put on one of the best and most interesting shows I've ever seen. Pretty much everyone in the band was playing one instrument and had a synthesizer for other parts, as well as various triggers. Frontwoman Zoé Colotis kept the vibe going with her swing-inspired dance moves and somewhat vaudevillian attire and acts. Several times she would jump down into the pit to be carried around the room by the fans while the band mixed EDM rave music with clarinet and violin solos. I actually can't remember the last time I really liked hearing a clarinet, but Caravan Palace can change your mind about things. It's not every day that you can see dueling skat solos while lights flash and a bunch of other people are going full-blown electronica. 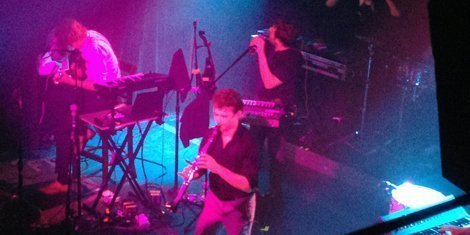 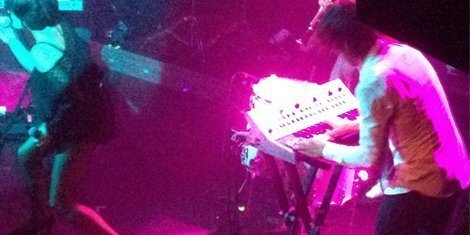 They also seemed to be genuinely really enjoying themselves, which was definitely nice to see. They were dancing and having as much fun as the audience was. One of the highlights of the set was the big dance breakdown which put Colotis and one of the other band members front and center for a paired swing-dance show with a dramatic run-by mic handoff at the exact last moment. They definitely have put in some practice on their stage show.

Their encore was their first big single, "Jolie Coquine," which was truthfully the only song I really knew by name. But it didn't matter, every song was awesome and it was a hell of a show, even if you didn't know a single song. 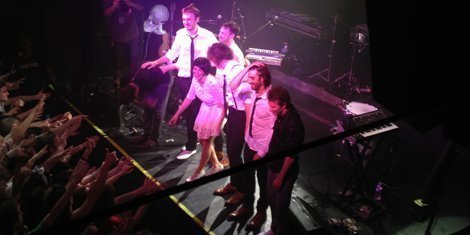 You can get their last album, Panic, on iTunes.