As if their fantastic new album Soft Will wasn't enough, Chicago's very own Smith Westerns have given to the world "Case & Point" - a "previously unreleased basement recording and B-Side". The track is set to be officially released as a B-Side to their "Varsity" 7" single, out later this month. The track is superbly summery, sunny, and ultimately chilled out. Despite their claiming it as a mere "basement recording," the lo-fi sound quality only bolsters the song's overall aesthetic - and manages to do so without sacrificing musicianship. Listen to it above!

Be sure to purchase Soft Will on iTunes. 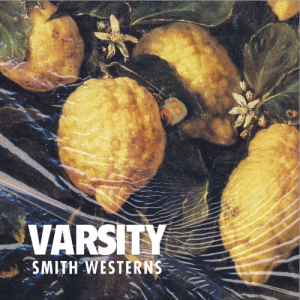