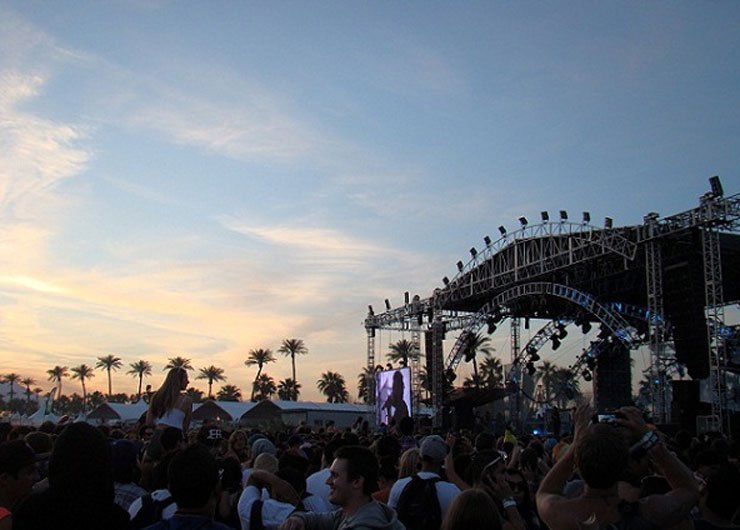 If you've ever been to Coachella, chances are you were there for one thing and one thing only: the celebrities. This weekend, the music festival is set to explode with celebrities basking in the hot desert sun - all while being paid to do so. The New York Daily News reports that several celebrities are being paid thousands of dollars just to attend this weekend's festivities. Lacoste is reportedly paying Glee star Lea Michele $20,000 to wear their clothes at the festival, while Vanessa Hudgens (best known for Being A Coachella Attendee) will get $15,000 from McDonalds, presumably to wear the latest picks from their Fall 2014 Big Mac Line. Meanwhile, there are stars still looking for corporate sponsorship. Reportedly, two-time Emmy winner and Golden Globe nominee Aaron Paul is asking for $15,000 plus VIP passes just to make an appearance at the festival, with "Third Best Jonas" winner Joe Jonas topping that with a $20,000 asking price. Just remember those figures while you're lamenting that your $375 ticket could've been 750 tacos at Jack in the Box, and asking yourself if you made the right decision.

Coachella was once known as a music festival. The three-day event will be taking place this weekend and next in Indio, CA. Check out the full lineup on Zumic and the set times on the Coachella official website.