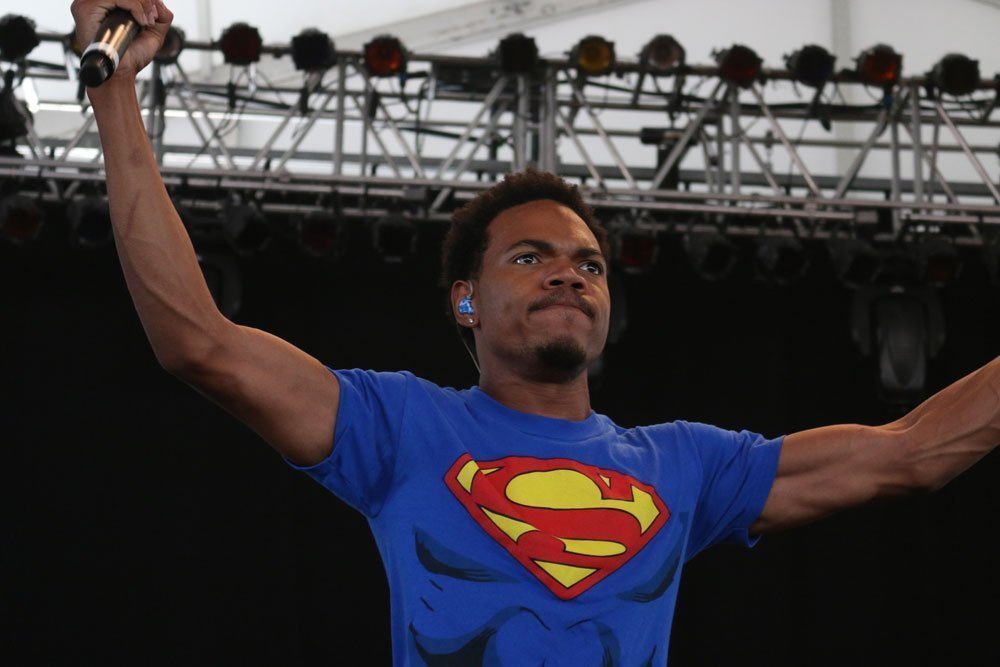 Chance the Rapper performed a euphoric set with his backing band, The Social Experiment, at Governors Ball, June 7.

Chance embraced the crowed in a Superman T-shirt, which set the tone of the overall performance. Without a proper studio album and just two free mixtapes, Chance got everyone in attendance to sing along to his songs word for word.

He started his set with "Everybody's Something," which turned into an extremely uplifting singalong. Instantly, the large crowd put their arms in the air and repeated: "Everybody's somebody's everything / Nobody's nothing." Half way through the set, Chance launched into Ziggy Marley and the Melody Makers' "Believe In Yourself," which is better known as the theme song to the children's television program Arthur. He commanded the audience to shout "Everyday, it could be wonderful," lifting the crowd's spirits as he frantically spun and jumped.

He even shared a new track, who's name has yet to be revealed. He got the crowd to sing that too, despite the fact nobody knew it. He sang it once or twice, and instantly the audience caught on. The crowd shouted, "I believe if I fly, I'd probably end up somewhere in paradise."

His backing band, The Social Experiment, gave his songs a new life. There were soaring guitar solos on "Smoke Again," hectic drum fills on "Cocoa Butter Kisses," and blaring trumpets on "Everything's Good (Good Ass Outro)." Check out the pictures below. 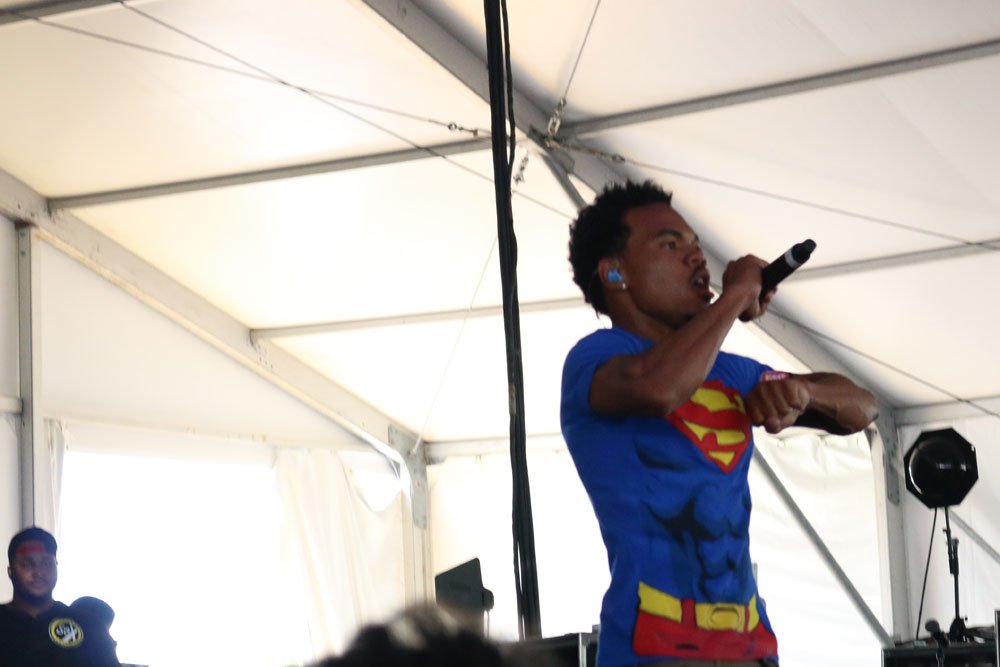 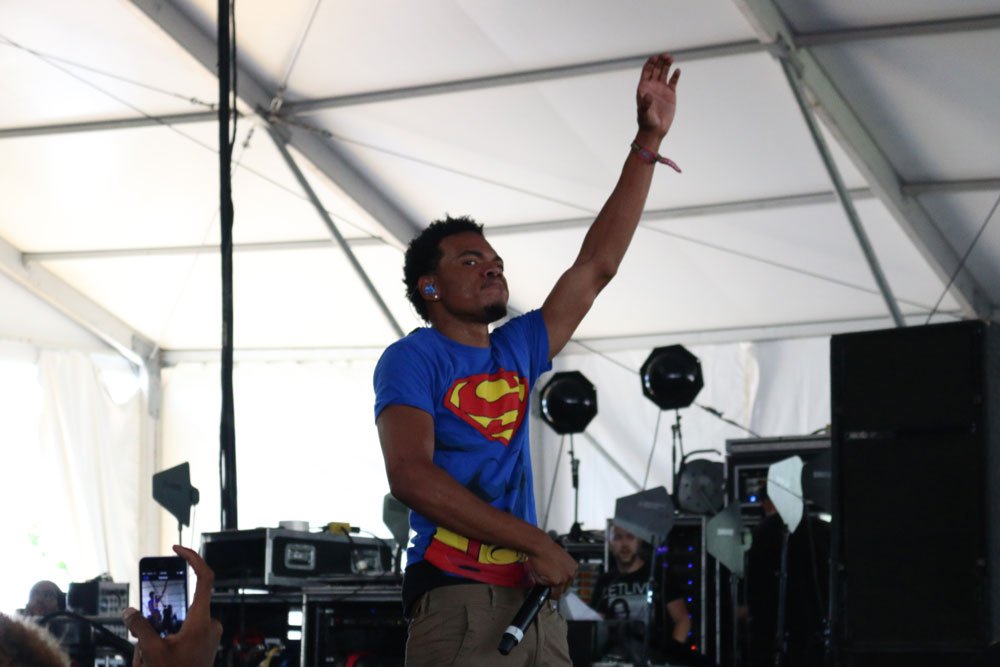 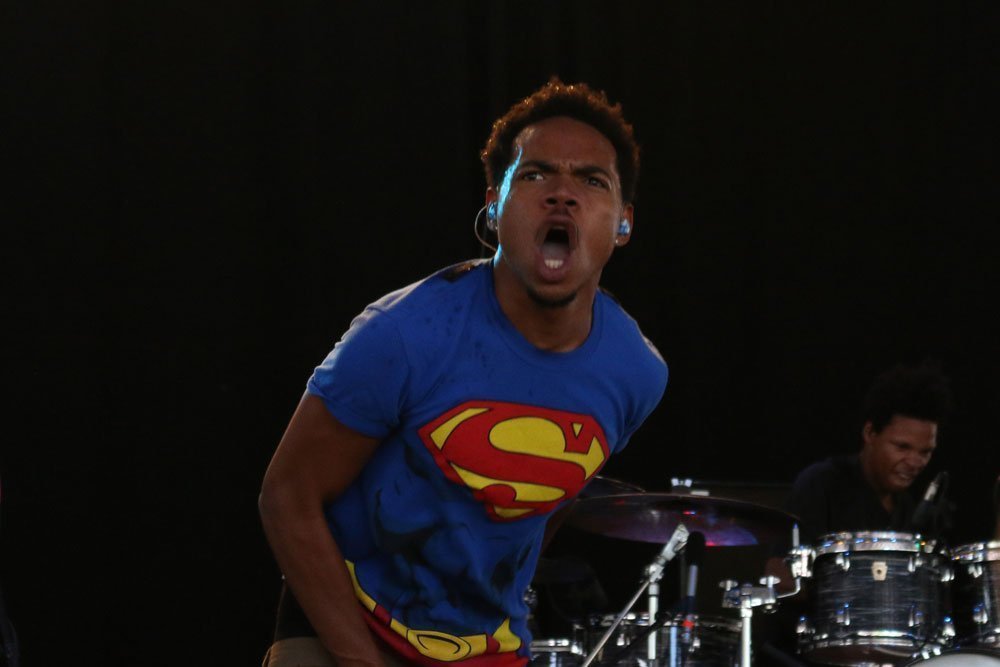 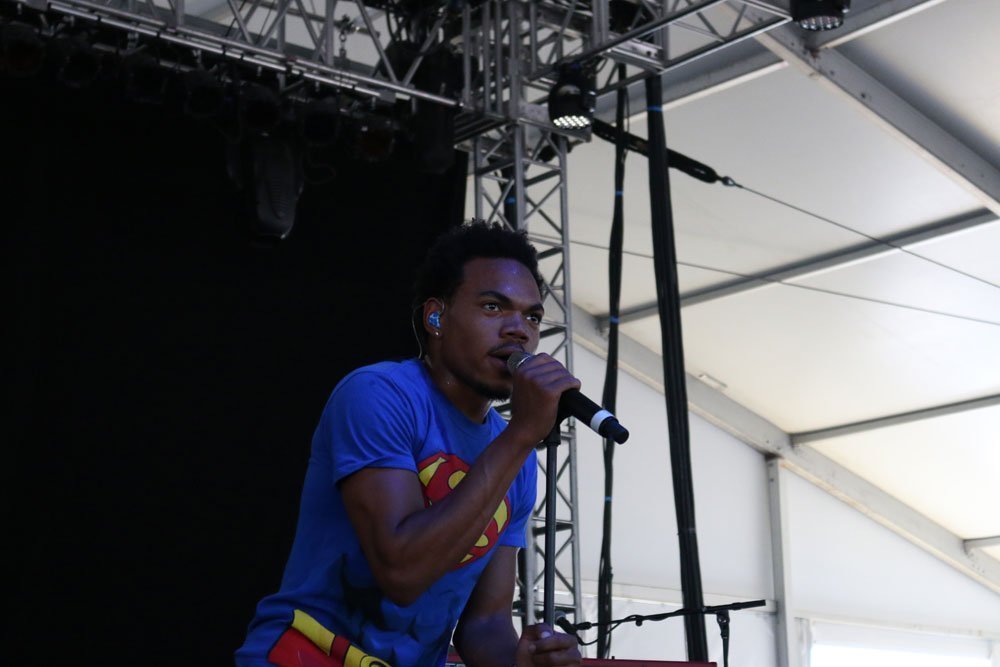 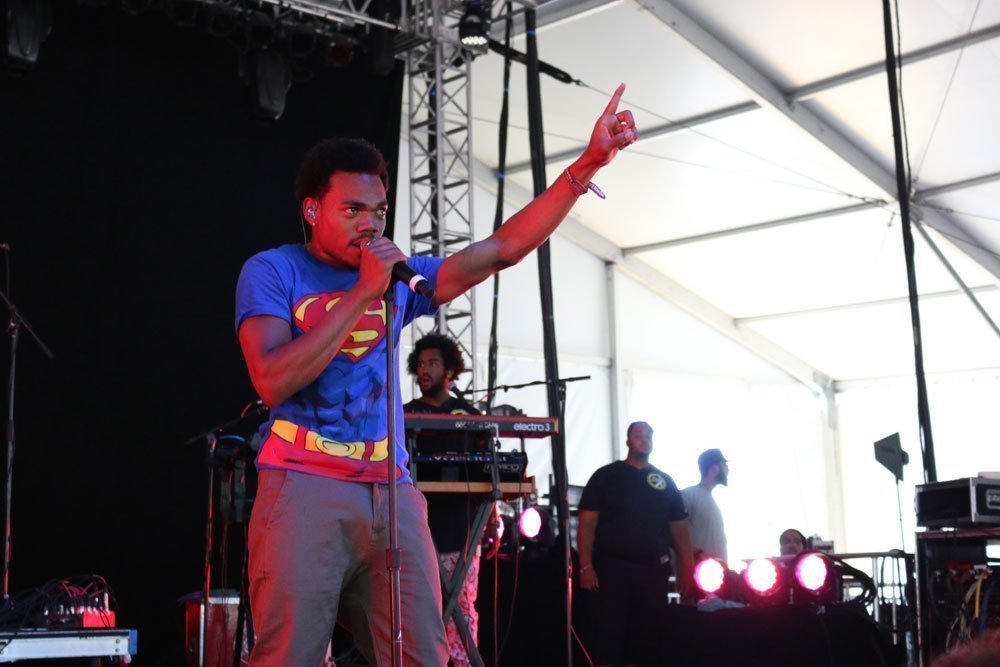 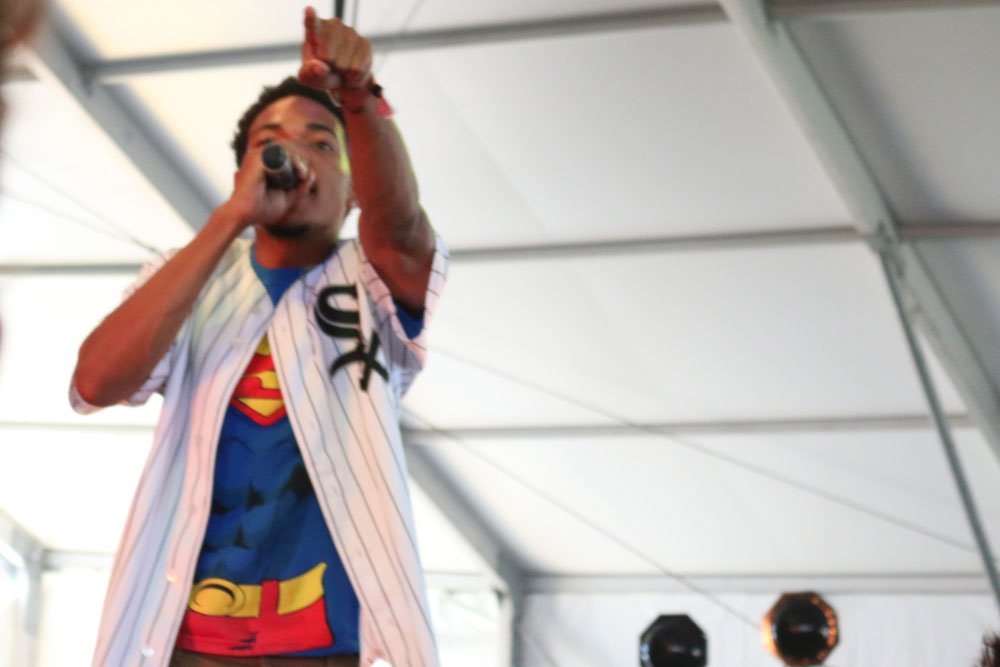 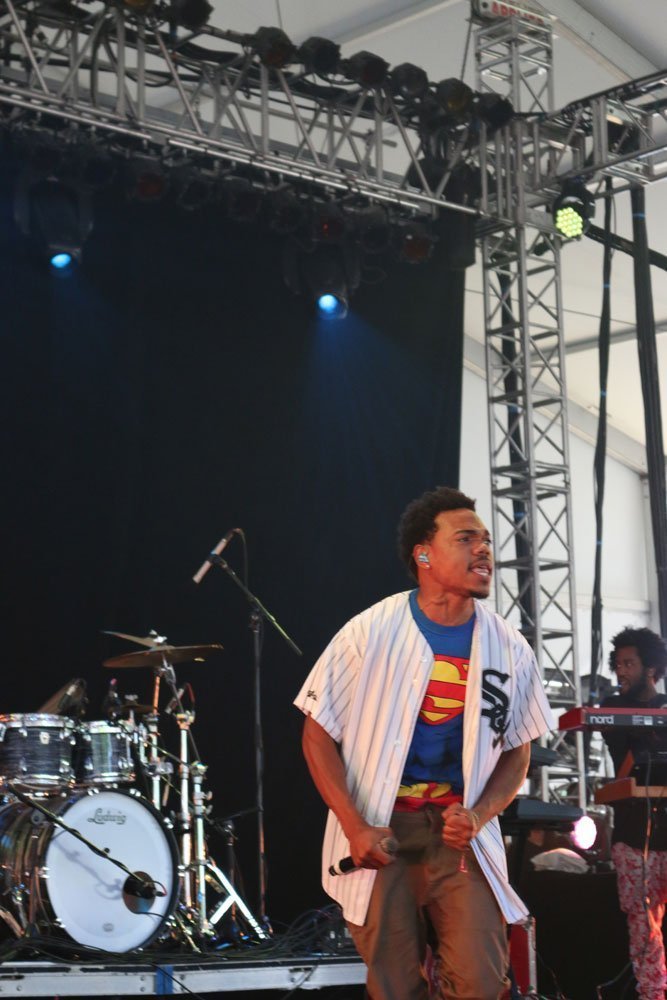 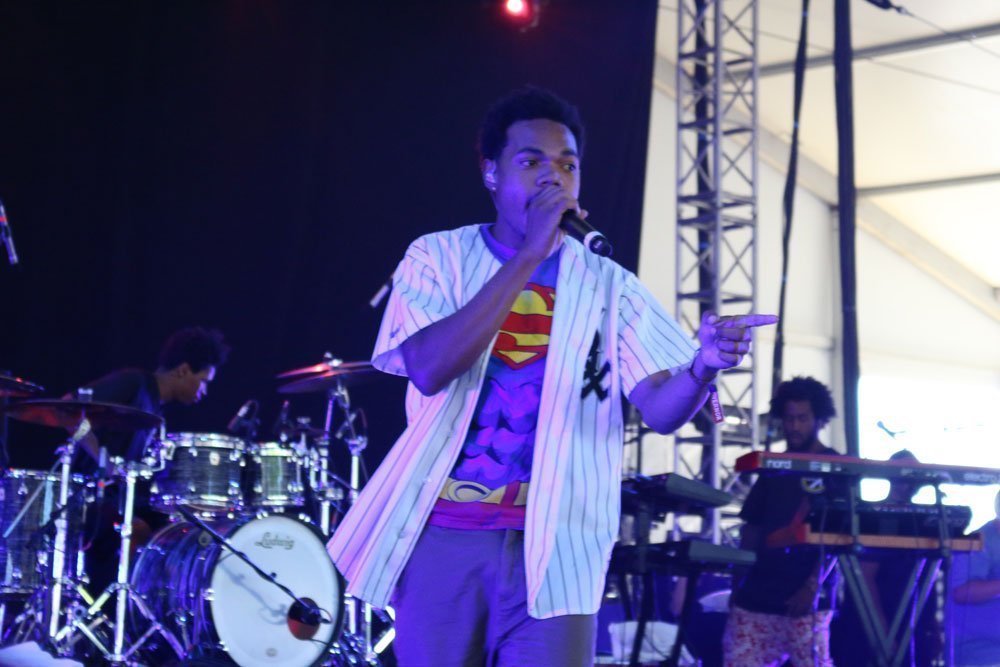 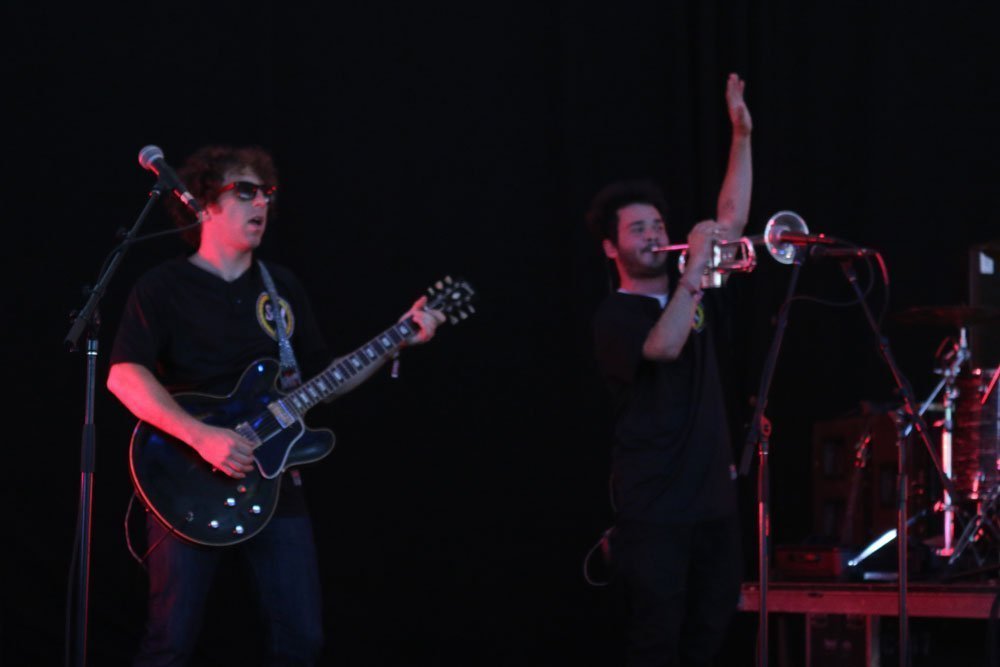 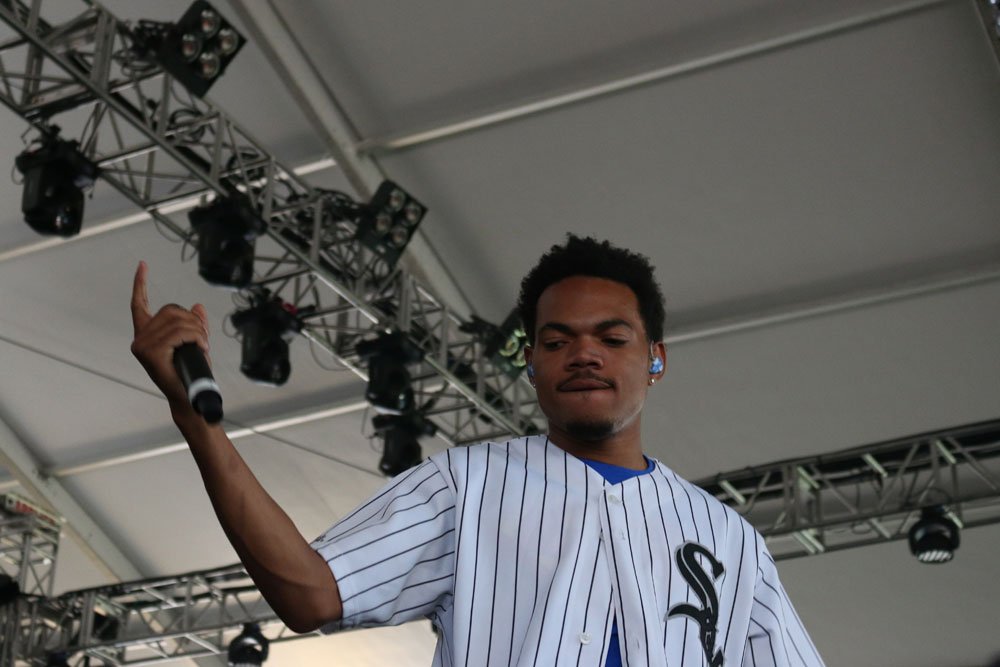 For more music, news and tour dates, head over to Chance The Rapper's Zumic artist page.