While in Austin for SXSW a few weeks ago, Charli XCX met up with Narduwar the Human Serviette for another one of his wildly enjoyable interviews. Watch it above.

Gifting XCX hard copies of music by Bow Wow Wow, The Vibrators and a Swedish punk band called Snuffed by the Yakuza (who XCX has covered before), Nardo clearly knew how much of a fan she is of new wave and punk music. She called Bow Wow Wow's "I Want Candy" her favorite video of all time, and was shocked that Nardwuar knew that her frequent collaborator Patrik Berger was in Snuffed by the Yakuza. Yes, that means the guy who co-wrote Icona Pop's "I Love It" used to be in a punk band. Weird, I know.

Nardwuar then inquires about a "travel pussy" that XCX recently bought in Germany, and asks her to explain the nature of the item. She gives an awkward-but-good-natured summary of how to use travel pussies, which are basically bags you fill with water and then penetrate, and seems shocked when Nardwuar suggests that she buy a "vibrating cockring" on her next trip to Germany.

Chock this up as another win for Nardo -- getting a pop star to jump up and down excitedly about an obscure Swedish 7" isn't exactly an easy task, and requires a ton of research. Head over to Charli XCX's Zumic artist page for more of her music, videos and news. 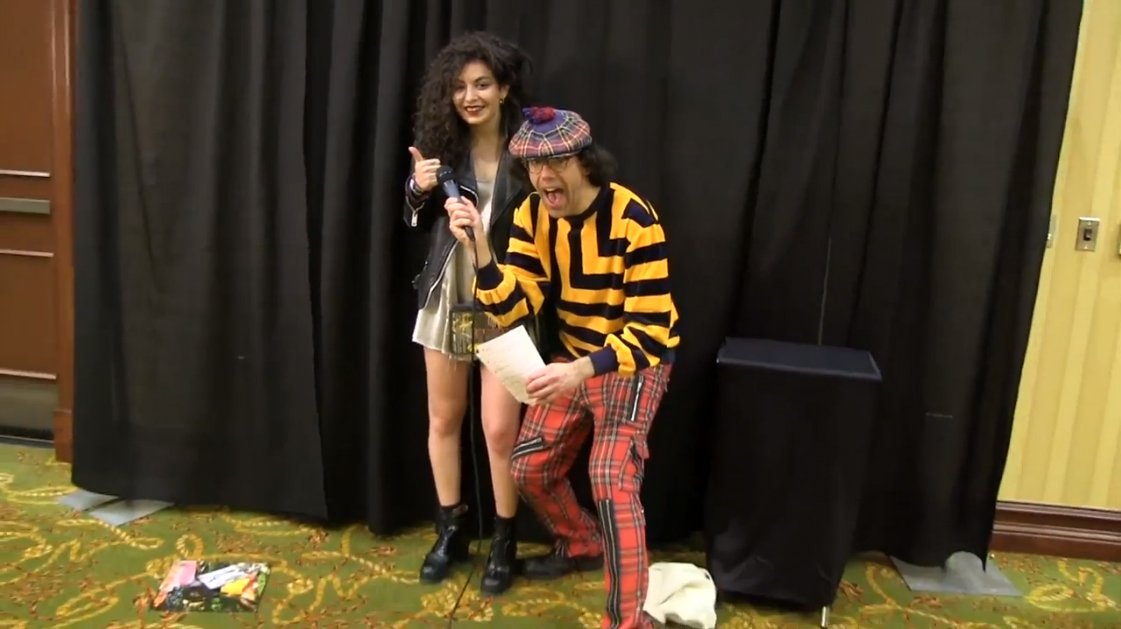