Yet another Rebecca Black-style video has surfaced at the hands of PMW Live, this time featuring a young blonde girl singing about how much she loves Chinese food.

PMW is helmed by Patrice Wilson, the man behind Rebecca Black's "Friday," so it makes sense that the formula is followed: Pre-teen girl sings auto-tuned song with mundane lyrics about literally nothing. 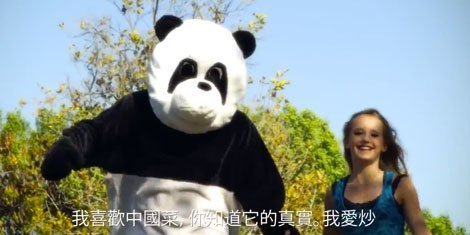 The spectacle has garnered well over 1 million views since its debut 24 hours ago, due in large part to the controversy generated by some of its content, specifically, that the video seems racist.

The buzz is right on the money. The video is, in fact, pretty racist. There was no attempt at subtlety here. The video features geisha (who are Japanese in origin), a scene focused on Monopoly's "Oriental Avenue," Patrice Wilson himself dressed as a panda, and innumerable other stereotypes. 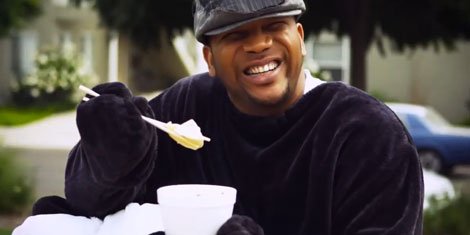 After looking at Wilson's track record of creating viral videos, there is no other conclusion to be drawn: This video was made to be a controversy. He has taken advantage of a young girl, of whom there is no previous record (her Twitter account was made yesterday), and tarnished her reputation with a bad song which is deliberately racist.

To be fair, though, Chinese food is generally delicious, so they were spot on there.