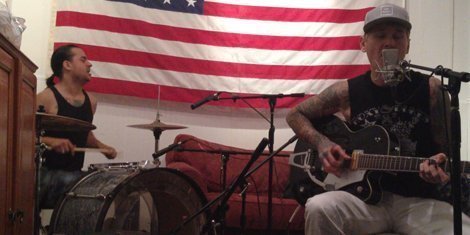 Coach N' Commando are a musical duo based in New York City that play hard-stomping, gritty psychobilly fused with punk rock and old school outlaw country. Zumic was lucky enough to host them for a day for an in-house recording of some of their songs and an interview. Check out their set here, as well as the interview below. 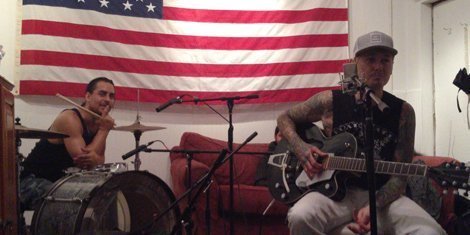 Zumic: Tell us a bit about Coach N' Commando. Where are you from, how did you get your start?

Z: Who are your main musical influences?

MW: I write the songs on my couch and play them for my dog first. Then I bring them to the band.

Z: What has been your favorite show so far?

Z: What's next for the band?

MW: Going back into the studio next month to record a new record. Gonna be a mix of electronic, industrial, and psycho-hillbilly. Northern California tour in late September and early October.

Z: Where can we follow what you guys are doing?

MW: We are on Facebook, Twitter, iTunes, CD Baby, ReverbNation and a have a video coming out in the next couple weeks that we shot in Philly for the track "Kids'll Lose Their Heads."

Be sure to keep up with Coach N' Commando and if you get the chance, see them live for the full experience. You won't regret it.