Winning the MVP, Best Featured Verse, Album of the Year and Lyricist of the Year awards, Lamar in particular was riding high when he took the stage to perform "Money Trees" with Jay Rock, following ScHoolboy's Q's rendition of his recent banger "Collard Greens." The usually-stoic rapper seemed giddy onstage, bouncing around excitedly while the majority of the crowd sang along. Credit must also be given to Jay Rock's sweatshirt, an amazingly vibrant University of Hawaii crew neck that almost stole the show.

For a full roundup of last night's events, head over to BET.com. 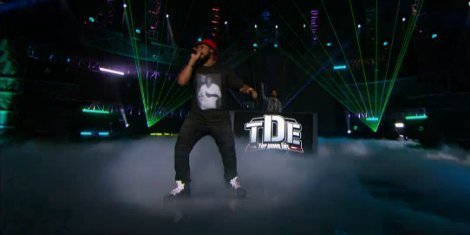 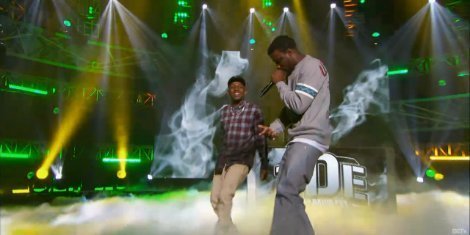 Kendrick Lamar, SZA, and Schoolboy Q Headline TDE's 'Championship...
Tickets Ab-Soul Jay Rock Kendrick Lamar Lance Skiiiwalker Schoolboy Q SZA
2
5125
Back to top
You must be logged in to upvote.
Registration and login will only work if you allow cookies. Please check your settings and try again.