DMB balances maturity and optimism on first album in 6 years 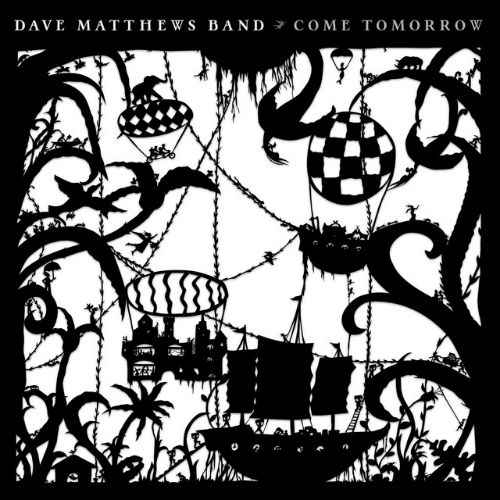 On June 8, the Dave Matthews Band released Come Tomorrow, an LP that deals with the concepts of fatherhood, romance, and hope for the next generation.

Featuring a host of additional artists — Brandi Carlile, LeRoi Moore, and Buddy Strong — Come Tomorrow is the band's ninth studio album and first since Away from the World was released in 2012.  The group bundled the LP with the cost of a concert ticket to their 2018 tour, helping the album reach #1 on the Billboard 200 chart by selling 285,000 copies in its first week.

The Dave Matthews Band has been evolving with each album since their first in 1993, and not always by choice.  Earlier this year, violinist Boyd announced he was taking an indefinite leave of absence from the band after allegations of sexual misconduct and a lawsuit seeking $9 million in damages.  Tinsley appears on only one song here, "Idea of You," and has a songwriting credit on that tune as well as "Can't Stop."  His violin was a signature component of the DMB sound for 25 years, and his absence from this album is notable.  Consequence of Sound reported that Tinsley was fired from the band, but he has denied all allegations and the band has not made any such statement publicly.  The difficult situation is still developing.

Of the 14 songs on Come Tomorrow, nine were played live prior to the album's release.  Producer Mark Batson explained in a YouTube interview that a concert recording of "Can't Stop" became the foundation for where Matthews wanted to go sonically, "When he heard the song 'Can't Stop' again, he realized that that was the starting point of what he wanted the band to sound like right now... That song winded up being a spark, to say that we need to make sure everything on the album has this energy."

Matthews discussed the essence of the LP in a passionate interview with iHeartRadio:

Through its 54-minute runtime, the album is a diverse and upbeat experience that has many memorable songs to offer.  While the record projects a variety of different genres, ranging from rocking anthems to subdued ballads, the overall vibe is very optimistic.  The more buoyant numbers include "Samurai Cop (Oh Joy Begin)," which opens with a catchy guitar hook that compliments Matthews' strong vocals celebrating childbirth and new beginnings.  In addition, "That Girl is You" provides a rhythmic, danceable beat with handclaps and carefully assembled layering.

The lighter songs balance the album's overall atmosphere. "Virginia in the Rain," the LP's longest number at over six minutes, showcases impressive percussion from Carter Beauford over a melodic keyboard riff.  The title track offers an enjoyable vocal duo between Matthews and Brandi Carlile before "When I'm Weary" closes the album on an uplifting note with heartfelt vocals and piano as Dave sings, "When you're weary / When you're tired / Please remember / To keep on going."

Ultimately, Come Tomorrow is a record that reflects the band's maturity, as each song provides a grown-up outlook on the joys and benefits of family and love.

Come Tomorrow is available on Amazon. You can stream the full album below on Spotify. 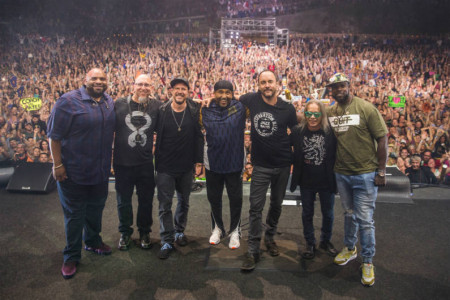