In honor of the late, great Randy Rhoads, UDR Music will be putting out a new album called Immortal Randy Rhoads: The Ultimate Tribute, due out March 3rd.

Tom Morello told Rolling Stone, "Randy Rhoads is my favorite guitar player of all time... It was his poster on my wall when I was practicing eight hours a day, and I named my firstborn son, Rhoads, after him."

Both artists contribute their unique styles to the seminal rock classic. The song begins with Tankian, in his always goofy demeanor, yelling "ALL ABOOOAAARD!" as Morello punches in the iconic opening riff. With the exception of the Rage-style guitar solo and a few subtle arrangement changes, they remain faithful to the source material.

For more music, news, and tour dates from Tom Morello and Serj Tankian's System Of A Down, check out their Zumic artist pages. 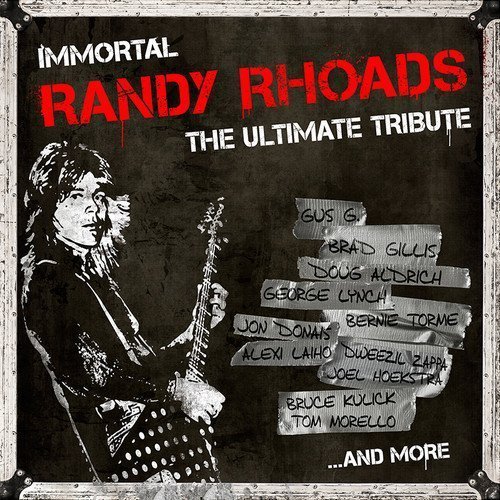 Tom Morello Plots 2019 Tour Dates: Ticket Presale Code & On-Sale ...
Tickets Alt Rock Alternative Metal Hard Rock Hits Metal Rock Prophets of Rage Rage Against the Machine Tom Morello
1
882
Back to top
You must be logged in to upvote things.
Registration and login will only work if you allow cookies. Please check your settings and try again.