Today, the Claypool Lennon Delirium, featuring Les Claypool of Primus and Sean Lennon of The Ghost of a Saber Tooth Tiger (GOASTT), have shared a trippy YouTube lyric video for "Cricket And The Genie," the debut single from their upcoming album, Monolith of Phobos. Watch it above.

In a statement on ATO Records' website, Claypool shared history about what up to the collaboration and what it's like working with Sean:

Sean and I hit it off during our Primus, Dinosaur Jr., GOASTT summer tour. We had a few backstage, acoustic jamborees that I found interesting but when he sat in with us and melted our faces with his guitar during Southbound Pachyderm, I realized that this fella had some chops. Primus was about to take some time off and I was gearing up a new project so I asked Sean if he’d like to come to Rancho Relaxo and see if we couldn’t get some interesting sounds on tape. Next thing I know he’s staying in my guesthouse over the holidays and we’re drinking vino, hunting mushrooms and throwing musical pasta at the walls.

One thing I think folks will be surprised by is what a monster of a guitar player Sean is. Not only does he have technical ability, but also the sounds that come out of his rig tend to be pretty bent and compelling. His DNA definitely shines through, though it isn’t just his father’s musical sensibilities that he reflects but also his mother’s abstract perspective, which to me, makes for a glorious freak stew.

Basically it was like two guys being stuck in a tree fort full of instruments and vintage recording gear, trying to keep up with each other’s musical and lyrical output. It was a very easy and natural record to make and not only have Sean and I become very good friends but he has been embraced by my family like an eccentric, surrogate uncle; sitting at the dinner table nightly debating with my daughter about everything from pop culture to politics. He’s a good egg. I look forward to traveling around in a shiny box with him this summer, playing this music for the folks.

I have to say... It’s pretty cool being in a band with Neil Diamond’s nephew.

Claypool knows how to tell a hilarious story. We looked it up and it appears Sean isn't related to Neil Diamond, but it's a pretty well known fact that he's the son of The Beatles' John Lennon and Yoko Ono.

Lennon spoke with Rolling Stone about working with Les and what fans can expect from them:

Like many musicians of my generation I was heavily into Primus... So when Les asked the GOASTT to come on tour we were all thrilled. Little did I know but this would lead to a bizarre and otherworldly collaboration in musical mycology at Les' aboraceous compound. It's been an honor and a challenge playing with someone of Les' caliber, but luckily the Gods of Pinot Noir shone favorably down and granted us a bundle of devilish tunes about monkeys, outer space and sexual deviancy. The Claypool Lennon Delirium will (gently) melt your face with heart-pounding low-frequency oscillations and interdimensional guitar squeals. We look forward to seeing you very soon.

"Cricket And The Genie" is eight glorious minutes of Claypool's hypnotizing bass slapping and Lennon's distorted guitar, while the two share vocal duties. Trippy sound effects in the background provide additional aural candy. A breakdown midway through the song finds the two musicians battling for psychedelic supremacy. The track gently fades away while Clapool repeats, "You oughta try it, you really oughta try it," fading out as the song ends with the sound of crickets. It's metal, funk, prog rock, and it's weird. In other words, it's everything we'd expect from these two!

Monolith of Phobos is scheduled to be released on June 3, 2016 through ATO Records. Pick it up on Amazon.

For the latest music, news, and tour dates from The Claypool Lennon Delirium, check out their Zumic artist page. 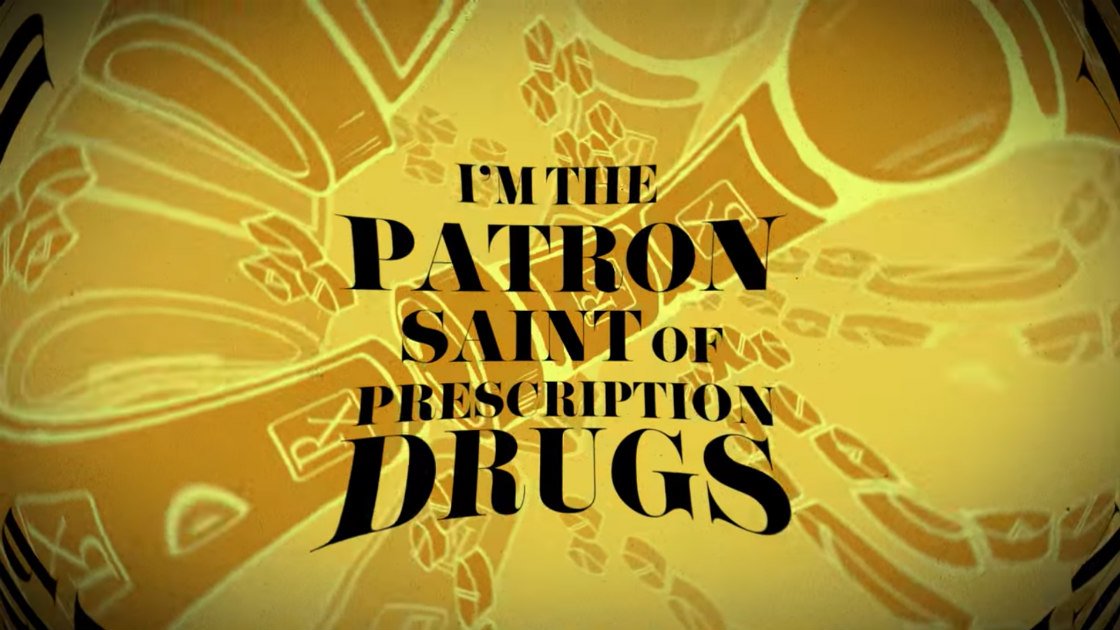