SUNY Purchase indie rock band LVL UP has released "Cross the Sea," a short but sweet indie pop-punk jam off of their upcoming 7" split with Porches.

Taking its name from a Weezer hit off of the hugely influential Pinkerton album, "Cross the Sea" takes a cue from nineties indie rock in its soft-loud dynamics. The first seconds stream along with a soft lullaby voice and nylon guitar chords, only to drop an anvil of distortion-heavy pop punk chords at a moment's notice. More than just a borrowed name, the Weezer influence shines on through the track's emotional vocals and power chord rhythm. The band manages to find its own place with their focus on breaking down traditional song structure, briefly devolving into dissonance and building up again in the middle of the verse. The lead guitar work, while simple, is exceptionally toned with distorted fuzz and catchy enough to find a comfortable spot in your head.

Pre-order the LVL UP/Porches split from Birdtapes, and stream/download some of LVL UP's other releases on Bandcamp. 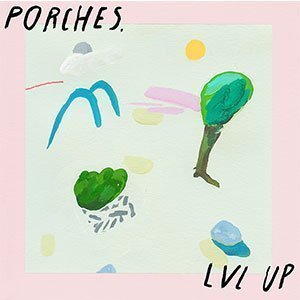