Max Clarke, the creative force behind Cut Worms, has been writing and recording music since he was about 12 years old.  However, it was not until his college years in Chicago while training as a visual artist for a career in graphic design that he began to pursue music more seriously.

Hollow Ground, Clarke's first full-length album, contains repolished versions of some Chicago recordings that were originally released on the 2017 debut EP Alien Sunset, as well as others written more recently in his New York home.

From the album's opening track, "How It Can Be," Clarke makes clear to his audience that his is a sound of a bygone era. With twanging guitars and vocal harmonies reminiscent of early Beatles and Everly Brothers records, his intention is overt and the impact powerful. The vintage-sounding recordings — done in part at Foxygen's Jonathan Rado's LA home studio and finished at Gary's Electric in New York — feel warm, lively, and strikingly honest.

This sound is not artificially manufactured, but rather a natural byproduct of a Midwestern childhood and musical life shaped by the artists whose influences can be heard throughout this album. When he was asked what music he was listening to at the time, he explained in an interview with Amadeus Mag:

Hmmm, I kind of listen to the same stuff all the time. A lot of doo-wop and vocal groups from the 50s; big band swing; psychedelic and folk stuff from the 60s and 70s; weird old country stuff from early 20th century. I don’t listen to as much contemporary stuff as I probably should.

Clarke's gravelly vocals on "Think I Might Be in Love" recall those of a young John Lennon. In "Coward's Confidence," he takes a classic doo-wop sound, full of baritone sax and lyrics about "a girl so fine, she smiles so serene," and manages to craft a beautiful homage to that genre while simultaneously innovating through intricate melodies and a subtle layer of what sounds like a vibraphone.

"Cash for Gold" is perhaps the most pop-oriented track on the album with its driving groove and jangly guitars. Clarke's vocals escalate to shouts at times, as he accelerates the surfy, chorus-backed song to a full-bodied rock track — and throws in a killer harmonica solo. Despite that energy, he remains introspective, dreaming of the day he can "leave my body, fly away... and I'll be at home baby."

The album's final two tracks present an interesting dichotomy, almost acting as two extremes to Clarke's tonal range. The penultimate song, "Hanging Your Picture Up to Dry," features Clarke's twangy lap steel guitar floating above the mix and vocals that dip, break, and slide, drawing on that "weird old country stuff" he so enjoys. It's a beautiful track of longing and loss, and it demonstrates his immense versatility as a musician and songwriter.

The final song, "Mad About You," opens with a tinny piano that seems as though it might lead into another traditional country track. Quickly, though, the vocal harmonies bring something more like Sgt. Pepper to mind, with a quirky, staccato piano part and jaunty — though at times highly emotional — vocal delivery. The echoes that linger after Clarke's scratchy chorus, "Wouldn't it be nice," carry the words into the pauses, blending into the mix as though the line were losing itself. As the song nears its end, the instrumentation fades into a dreamy soundscape before briefly re-entering in full staccato force as Clarke's maniacal laughter rings out to close the record.

In a press release, Clarke said that he has always written with a specific sound in mind, and this album represents the closest he has ever been to achieving it. In that endeavor, it would appear he has phenomenally captured several decades' worth of doo-wop, country, folk, and rock, and weaved those sounds into a simultaneously dynamic and cohesive album.

Hollow Ground is out now — check it out on Amazon and streaming services.  Listen on Spotify below. 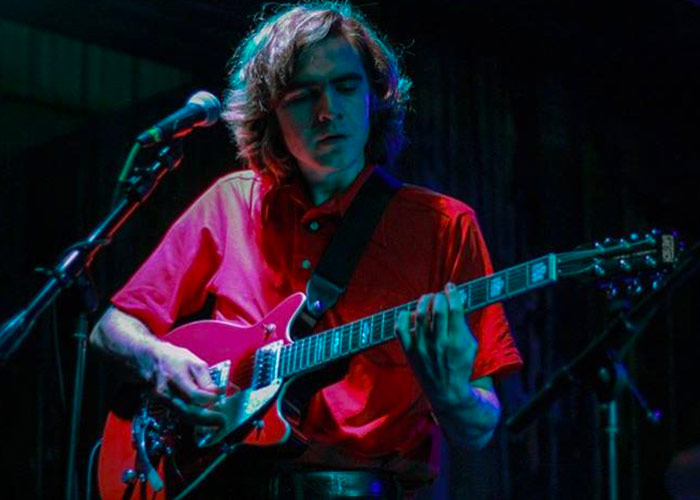