Metallica has given their fans another taste of what to expect from their upcoming Master Of Puppets remastered box set. Listen to a 1987 live performance of "Damage, Inc." above, courtesy of the band's YouTube channel.

For a song recorded live 30 years ago, the audio is surprisingly clear. The band flex their thrash muscles with breakneck guitar riffs and high-energy drumming during a stellar show at Grugahalle.

The Master Of Puppets remastered box set is scheduled to be released on November 10, 2017. Pre-order it on Amazon. Previously, Metallica shared live recordings of "For Whom the Bell Tolls" and "Battery," and a demo of "Master of Puppets." 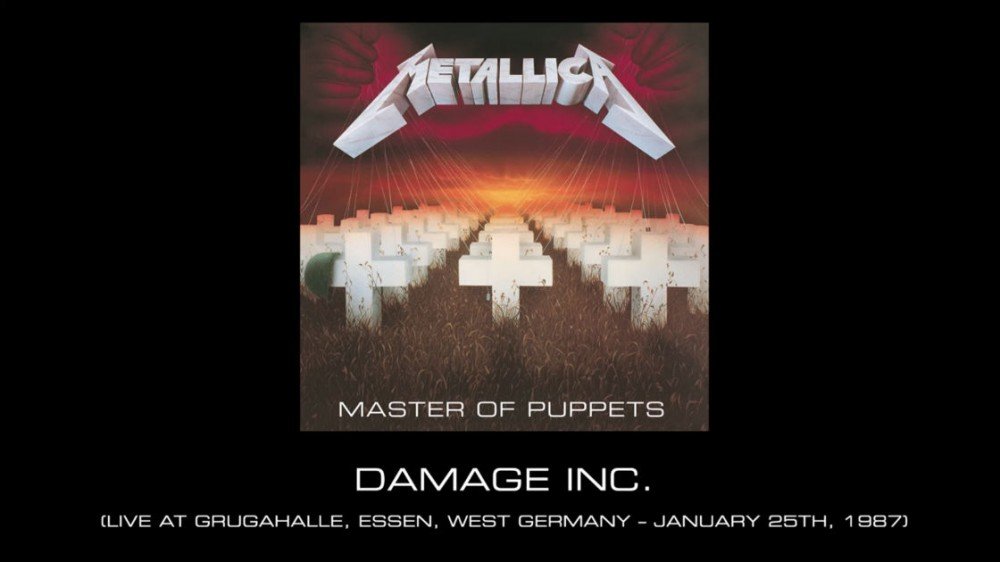 Metallica and Slipknot Team Up for 2019 Tour Dates: Ticket Presal...
Tickets Alternative Metal Classic Rock Hard Rock Hits Metal Rock Metallica Slipknot
3
1916
Back to top
You must be logged in to upvote things.
Registration and login will only work if you allow cookies. Please check your settings and try again.