As the series finale of Breaking Bad aired two days ago, many fans of the show were probably thinking they'd never hear Jesse Pinkman utter his trademark "bitch" again. But today, in almost the weirdest way possible, Pinkman has been briefly resurrected. His line "C'mon, dance bitch!" was sampled in an EDM song.

In a genius marketing move, DJs Tom Neville and Zen Freeman released their new track "Dance Bitch" just after Breaking Bad's finale, so as to ride the waves of the show's climactic hype. Aaron Paul's words serve as the song's drop, and transform "Dance Bitch" from an average techno track into one that's sure to make club crowds go bonkers this coming weekend.

Though we're still waiting for someone to sample Bryan Cranston's infamous "I am the one who knocks" (preferably as a Hip Hop hook), we have to applaud Neville and Freeman for tapping into Breaking Bad's wealth of sample-able soundbites. The only other Breaking Bad-sampling track we can find at the moment is rapper Isaac Castor's "Heisenberg," which also came out this week.

For more information on the history of Jesse Pinkman's use of the word "bitch," check out the video below. 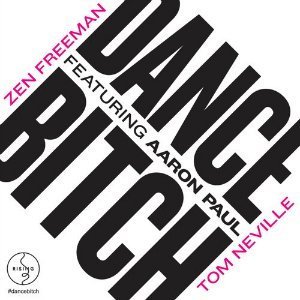