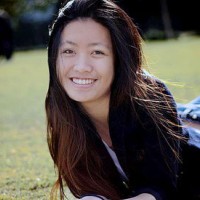 Compared to her older work, this 15-track album reveals a new side of Grande that we have not seen before. The former Nickelodeon star has transformed from a young girl into a "dangerous woman." In an online chat with fans on LiveStream, Grande discussed the idea behind her album title:

To me, a dangerous woman is someone who is not afraid to take a risk and to be themselves fully and 100% genuinely, and who's not afraid to be honest. As a young woman, sometimes it takes a while to come into your own that way, and I feel like my personal evolution is represented in this body of work. That's why Dangerous Woman is such an important one to me.

Grande also mentioned in the live chat that every song from the album is her favorite but said that she would choose "Dangerous Woman" and "Be Alright" as her top two. "Into You" and "Everyday" would make catchy radio hits, while "Moonlight" and "Leave Me Lonely" exhibit more of her unique R&B singing style. Other tracks like "Let Me Love You" featuring Lil' Wayne has more of a tuneful hip-hop sound.

I would label this album as the best one that Grande has released to date. She showcases her versatile vocal abilities in a more mature context, confidently asserting her personality. Tackling multiple genres that range from pop, hip-hop, R&B and a bit of electronic with the support of featured artists like Nicki Minaj, Macy Gray, Lil' Wayne, and Future, Dangerous Woman is sure to be a success.

Dangerous Woman is now available to purchase on Amazon. You can also stream the full album above, via Spotify.