GabeDay, née Gabriel-Kane Day-Lewis, is the son of famed actor Daniel Day-Lewis. He has just released a rap video for his song "Green Auras." The song is about his struggle with having a famous dad, drug use, and mental illness.

Now, we've all been pimply teens trying to break free from our Oscar-winning parents' shadows, so we understand. The next logical step is to join the rap game. GabeDay made a few mistakes, though. Here are a few things to avoid:

Firstly, GabeDay pilfered the beat to this track from J. Cole's "Let Nas Down." That's a pretty lofty goal for someone whose rhymes include the phrase "Call me Gabe Day and not Gabe Day-Lewis, because if you’re trying to call me out I’m ’bout to Gabe Day-Lose-It!" If you make a rap song in which you showcase your white privilege, don't steal beats from a hit song. 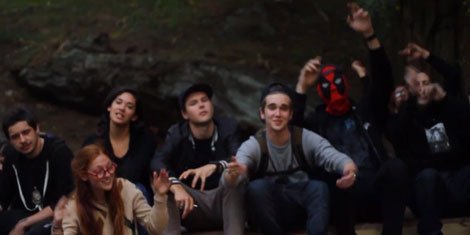 Secondly, GabeDay includes a few bars about "too many drugs" and "self-medication," but the video shows him smoking a blunt THE ENTIRE TIME. Try to avoid contradicting yourself at every turn. You can't make a fun-time party video about the dangers of drugs. It's just confusing.

Next, if you're a white kid attending one of the most expensive colleges in America, try to avoid rapping about how hard your life is. Try to avoid phrases like, "Bitch, I know what my name is, and shit I know what fame is. Judgin' someone for their dad is as bad as being racist." Also, if you can help it, try not to wear an Africa necklace while you say that. 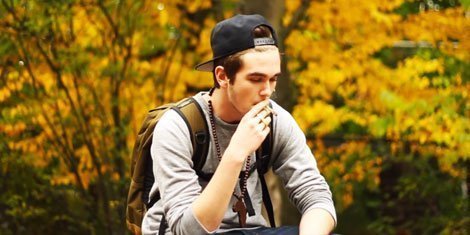 Lastly, don't give yourself a nickname. GabeDay refers to himself as Bi-Polar Stoop Kid. This is wrong. Combining your psychiatrist's diagnosis with a Hey Arnold! character will only serve to make you look foolish. 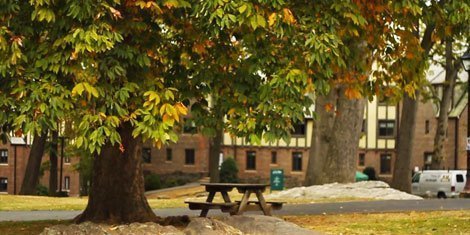 You can download Gabriel-Kane Day-Lewis' debut mixtape via his SoundCloud.