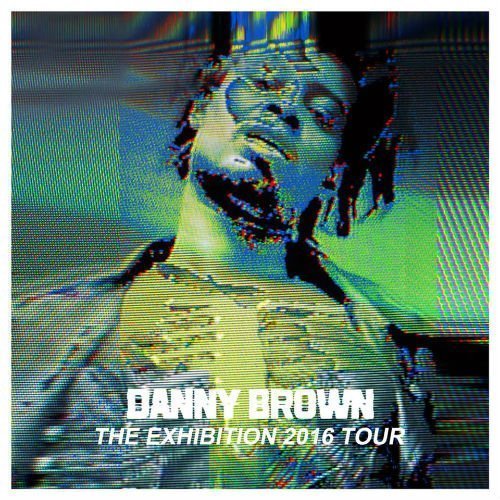 After a couple years out of the spotlight, Detroit MC Danny Brown has announced a 2016 tour of the United States and Canada in support of his upcoming LP, Atrocity Exhibition.

As part of his Exhibition Tour, Brown will be traveling North America with fellow Bruiser Brigade rapper ZelooperZ and Houston MC Maxo Kream. The tour will kick off at Riot Fest in Denver, CO, before heading east for shows throughout New England and Pennsylvania. With a couple stops in Canada along the way, the tour will proceed to jump around the country, with over 40 concerts currently planned from coast to coast.

There aren't any dates scheduled in his hometown of Detroit or New York City, so we expect more dates to be added later. Stay tuned, as we'll be updating this page as more information becomes available.

When do Danny Brown 2016 tickets go on sale?

Tickets for Danny Brown's "Exhibition Tour" are currently on sale to the general public.

We recommend following Danny Brown on his social media accounts, as well as signing up for your local venue's email newsletter, to get the most up-to-date information and additional offers. Check the links below for more information and direct ticket sales.

Atrocity Exhibition, which takes its name from the Joy Division song which in turn is named after the J.G. Ballard novel, is slated for release in 2016. It will be Brown's first studio album since 2013's Old. In an interview with Apple Music's Zane Lowe, he shared that David Byrne and the Talking Heads were a big influence on making the record.

For more music, news, and tour information about Danny Brown, check out his Zumic artist page. 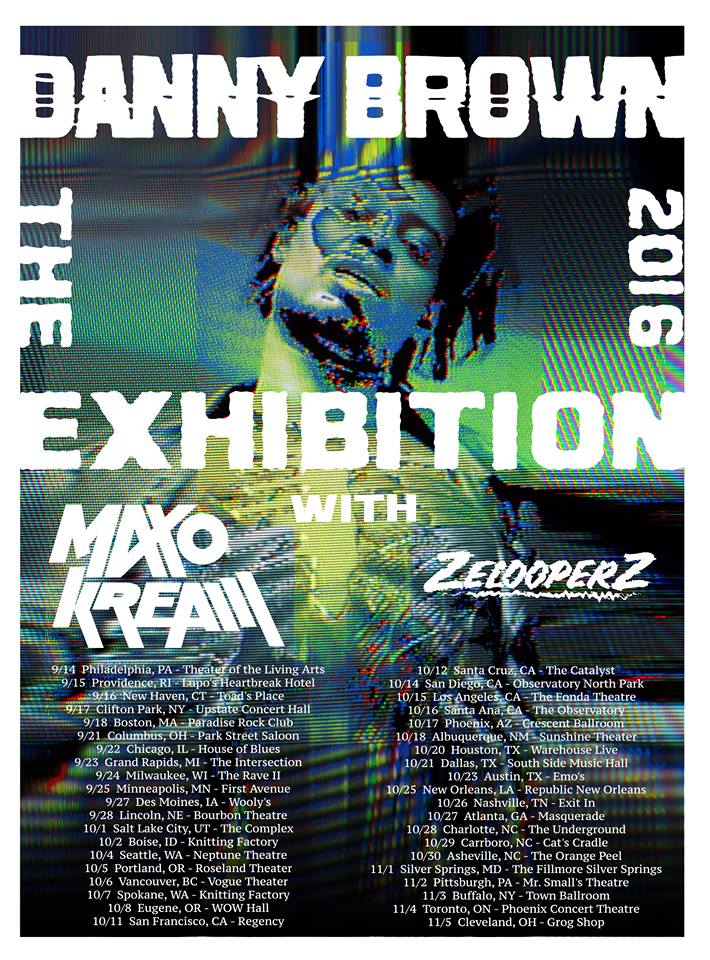