Rough Trade NYC, now the largest record store in the city, just opened its doors on Monday in Williamsburg, Brooklyn. Being the obsessive music nerds that we are, the Zumic staff was excited to take a field trip on down to see the new store in all of its glory. When Danny Brown announced that he'd be performing for free at Rough Trade's awesome "venue room," we knew we had to go check it out. Brown played a short set to a surprisingly not-packed house, and proved that 20 minutes is all he needs to make his vibrant presence felt. Watch a video of the full set above. 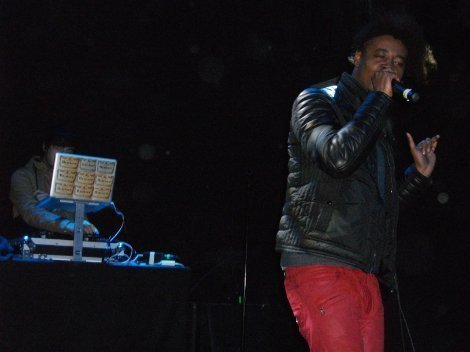 Playing a handpicked set of his most energetic (and hedonistic) material, Brown was backed by his trusty sidekick SKYWLKR, who provided an ample supply of high octane beats throughout the show. "Break It (Go)" kicked things off, containing the first of Brown's many lyrical invitations to "make it twerk." Many in the crowd, mostly those in the front rows, obliged. "Molly Ringwald," a non-album track produced by AraabMuzik, was a nice surprise to hear among a set predominantly comprised of songs from Old, Brown's most recent album. 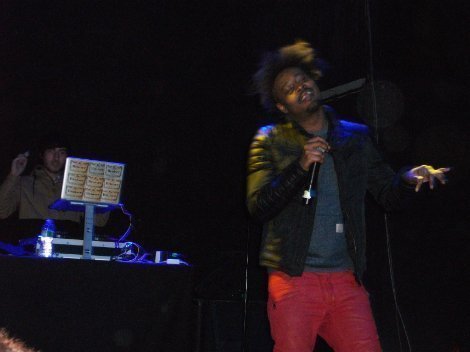 Brown's verbal skills showed up in full force while rapping in double time on "Express Yourself," his voice switching seamlessly between a high-pitched squawk and a guttural bark from one sentence to the next. During a short set in which the lyrical content and constant barrage of EDM-infused bangers had a slight tendency to blend together, Brown's elastic voice was the glue holding everything together, keeping the audience amped by giving his songs a hearty dose of live energy. "Side B (Dope Song)," a personal favorite of yours truly, was particularly spectacular. 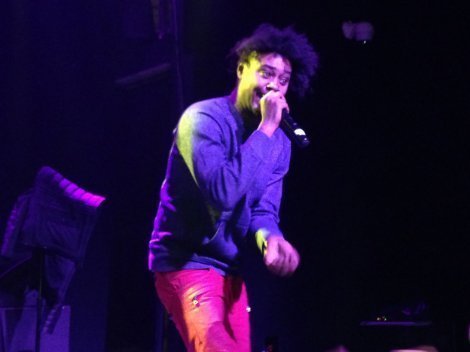 The wild-eyed MC finally spoke to the crowd before his last song, thanking us for coming out to Rough Trade ("we gotta support the record stores, man") and excusing his abbreviated show ("I gotta catch a motherfuckin' flight"). The set closer, "Dip," was a wild success despite its MDMA-centric lyrics almost certainly not applying to any audiences members at around 5:22 PM on a Tuesday. When all the tales of pinky-dipping and pussy-popping finally came to a close, the crowd reluctantly said goodbye to Danny, who was off to jet to some presumably exotic locale where hookers, blow and pills grow on trees. 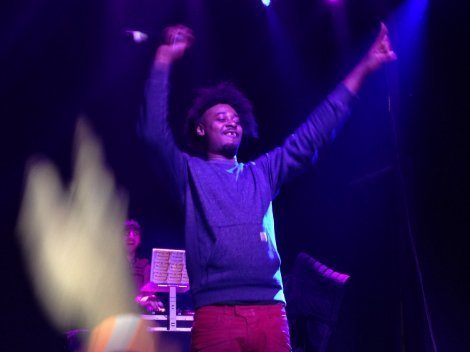 Check out a calendar of Rough Trade's upcoming events, and watch Brown's recent appearance on WNYC right here on Zumic.