In April of 1988, David Bowie sat down with retired music executive Joe Smith to talk about his life, his career, and his music up until that point. Bowie, 41 at the time, illuminated the conversation with his British charm and remarkable wisdom. Now, the folks at PBS Digital's Blank on Blank have animated a portion of the interview for your viewing pleasure, complete with wonderful illustrations of the singer himself, Ziggy Stardust, and Aladdin Sane.

Bowie discusses his feelings of inadequacy even though, looking back, he says he was one of the biggest rockstars at the time. "I always felt a little bit out of my element," he says. "Which is a ridiculously highfalutin' way of looking at it. Now, from my standpoint, when I look back and realize that from '72 through 'til about '76, I was the ultimate rockstar."

As the interview progresses, Bowie goes on to talk about how his different characters had limited lifespans. "The Ziggy thing was worth about one or two albums, I couldn't really write anything else around him or the world I'd sort of put together for him," he says.

He discusses his songwriting as well, saying that he could write far more easily for Iggy Pop and Lou Reed than for himself. What's more, his characters were essentially just different people to write for. "I found it quite easy to write for the artists I would create," Bowie says," 'cause I did find it much easier, having created "The Ziggy," to then write for him."

"Is it hard being David Bowie?" Smith asks at the end of the clip. "Not really, not now," Bowie replies, "No, I don't have the outsider's problem. I mean, for me and the world that I inhabit, in reality, is a probably very different world from the one people would expect that I be in."

The full recording of the chat is available at the Library of Congress. For more music, videos, and news from David Bowie, check out his Zumic artist page. 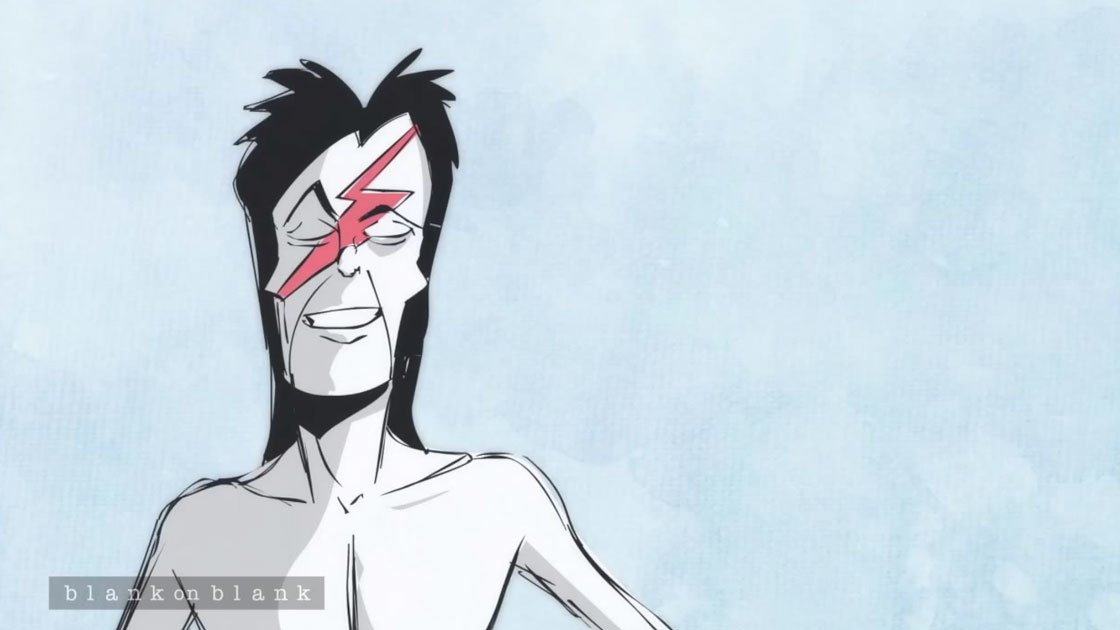