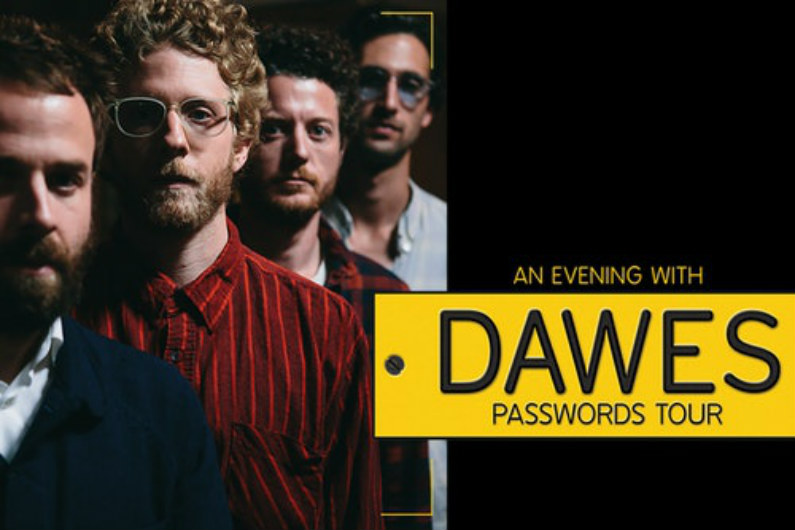 Dawes have added 2019 tour dates that are being billed as An Evening With Dawes: Passwords Tour.

Dawes are currently out on a North American tour, and the newly announced shows with tickets going on sale this week are scheduled in October. It was also recently announced that on September 6, Dawes will release a 10th Anniversary deluxe vinyl reissue of their 2009 studio album North Hills. You can pick it up at the ATO Records webstore. Stay tuned, we will be updating this page if additional concerts or information becomes available.

When do Dawes 2019 tour tickets go on sale and what is the presale code?

Tickets for their previously announced shows are now on sale. For the new dates, the general public on-sale begins as early as August 2 at 10 am local time. At this time, there are no presales happening. Keep in mind, each date is different and details are subject to change. Click through the individual concert links for more information about the show you're interested in.

Dawes All Tour Dates and Tickets

The tour is in conjunction with the band's 2018 album, Passwords. Dawes also released an EP featuring 4 alternate versions of "Feed The Fire" along with a music video for the track.

Pick up Passwords on Amazon. 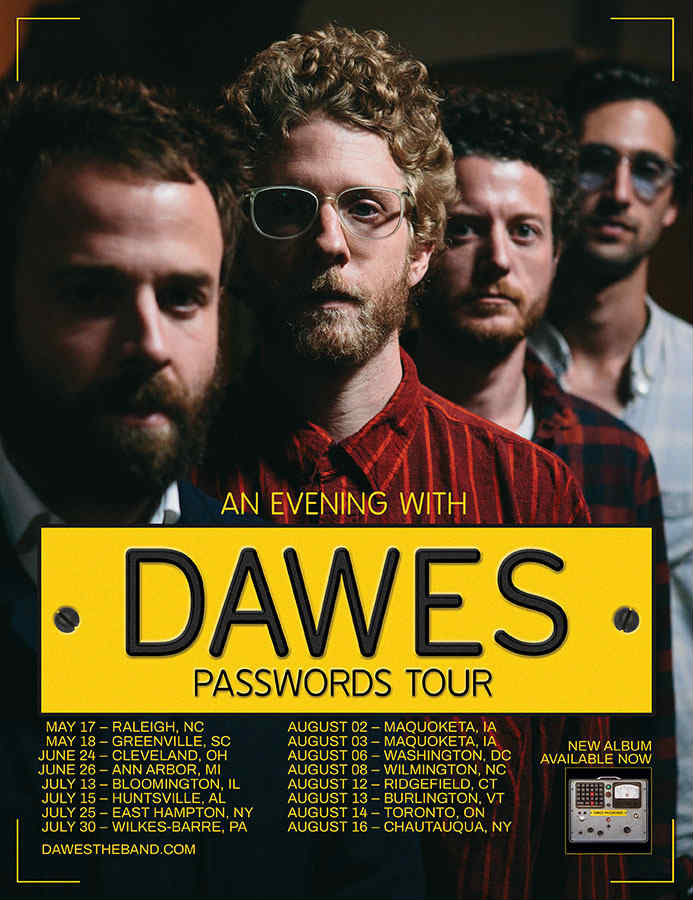