Performing solo versions of Dawes "Million Dollar Bill" (Nothing is Wrong) and "From a Window Seat" (Stories Don't End), Goldsmith also spoke about how he became Dawes frontman and how he knew from the age of 12 he wanted to be in a band.

Watch the videos below...

"From A Window Seat": 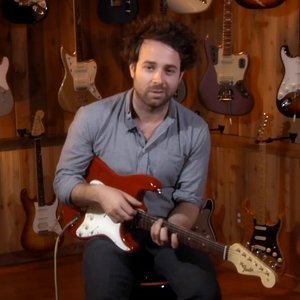