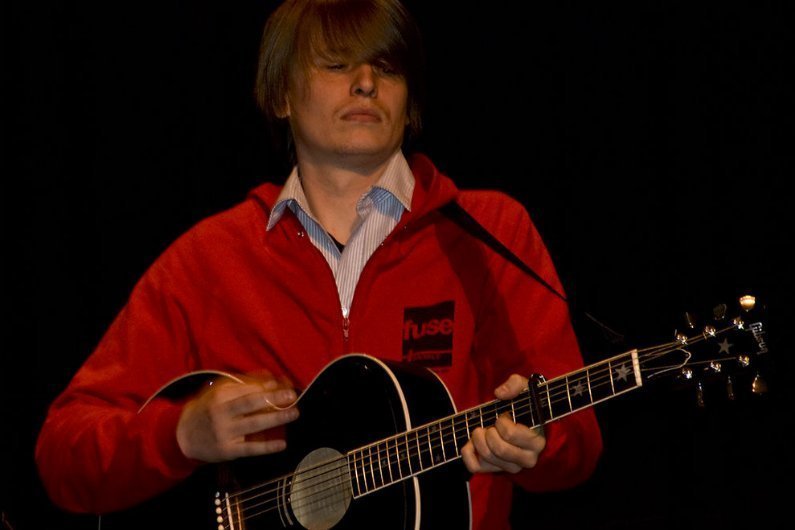 Today, Chris Walla, guitarist and producer for indie rock band Death Cab For Cutie, announced that after 17 years of making music, he will be leaving and moving on to other ventures. Walla released a personal statement via Slog Music announcing his decision, and the reasonings behind it all.

Short version: I’m leaving Death Cab for Cutie. My last show with the band will be September 13, 2014, at the Rifflandia Festival in Victoria, BC. I hope you guys can make it.

Longer version: I think I long for the unknown. It might be that simple.

I will miss being a quarter of this band, and will support whatever course Death Cab for Cutie chooses from here. I am profoundly grateful to Ben, Nick, and Jason, for the experiences that define my adult life. Truly grateful, beyond words. Thank you.

I am also grateful to, and deeply humbled by, all of our fans. Without you, music would be mere ‘content’, and nothing could possibly be sadder than that. Thank you all, so dearly.

We’ve just finished our eighth album, which is our first with an outside producer. That producer is a fellow named Rich Costey, and working with him in this capacity is one of the greatest joys of my professional life. Thank you, as well.

There are so many others to whom I am grateful—our crew, our management, our families, the Atlantic, Barsuk and Elsinor labels, the Billions team. Thank you all.

Deciding to leave the band was not, and is not, easy. It’s really, really sad. I love my bandmates, and I’m proud of what we’ve done, and mercifully, those things don’t change with my departure. Moving forward, my plans are simply to continue making music, producing records, and erring on the side of benevolence and beauty whenever possible. Darkness may find me, but I shall never choose it.

It is clear there is no animosity from remaining bandmates, Ben Gibbard (vocals, guitar, piano), Nick Harmer (bass), and Jason McGerr (drums). Also via Slog Music, they released a heartwarming response to Walla's statement.

We’ve had an incredible 17 years of making music with Chris. We are very proud of what we've accomplished together, including our 8th studio album which we have just put the finishing touches on. We will miss Chris and wish him all the best in the next chapter of his career. We are excited about sharing new music, and seeing all of you very soon.

Walla will see out the summer tour with his band, finishing up at the Rifflandia Festival in Victoria, BC over the weekend of September 11-14. This is sure to be a very special show.

The yet-to-be-titled Death Cab For Cutie album is set for release in early 2015, so be sure to tune to their Zumic artist page for all the latest in music, news, and tour dates.