Although the Grateful Dead are no longer active or together and Jerry Garcia is long deceased, this performance is as close as you can get to the real thing. Blackberry Smoke lead singer Charlie Starr and Bob Weir execute perfect vocal harmony while keyboardist Brandon Still flawlessly emulates the noodling riffs of the Grateful Dead's Ron "Pigpen" McKernan. Most impressive, however, is Weir's laid-back yet distinguished appearance: flowing silver mane, badass and non-ironic mustache, cargo shorts and, best of all, Teva sandals. Yes. 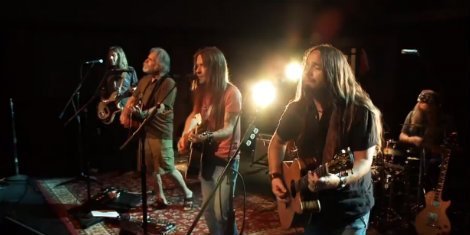 "Deep Elem Blues" is an American traditional song originally written by The Cofer Brothers, pre-1935. The Grateful Dead never actually produced an in-studio version, but appears on their 1981 live double album, Reckoning, which features many other traditional American covers. It can be purchased by visiting iTunes. If you want to hear some more from Blackberry Smoke, you can visit their Zumic artist page for tour dates or go to iTunes to purchase some material. 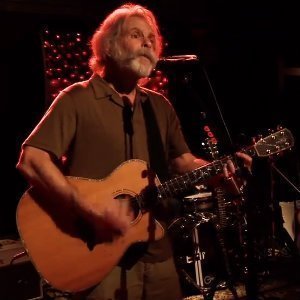