The Opry has just released the live video of the duo's performance of "The Devil Is All Around," the lead track from their newest album, Swimmin' Time. Michael Trent and Cary Ann Hearst sing their hearts out on the track, spending more time playing to each other than to the massive crowd. Hearst pulls double duty behind a sparse drum set, playing keyboards and percussion, while Trent strums his guitar and sings the harmonies. Watch the charming performance above.

Swimmin' Time was released on Dualtone last month. It's available on a variety of formats through Amazon

. For more music and videos from Shovels & Rope, check out their Zumic artist page. 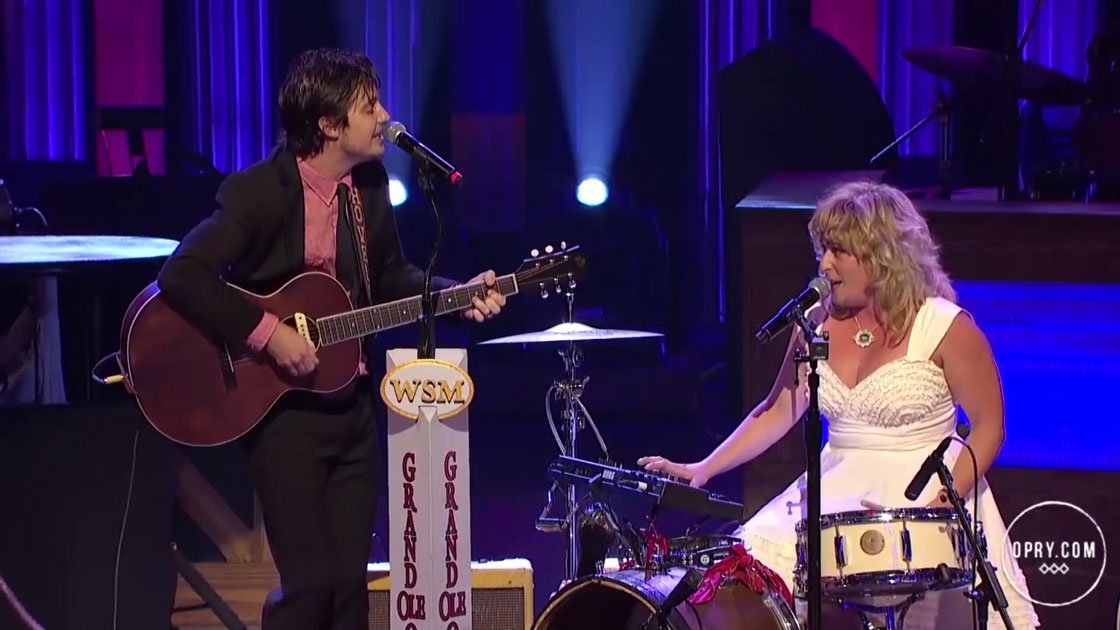