Did the Grateful Dead Play Their Best Show Ever on 5.8.1977 at Barton Hall, Ithaca, New York? [Archive Audio Stream + Pics] 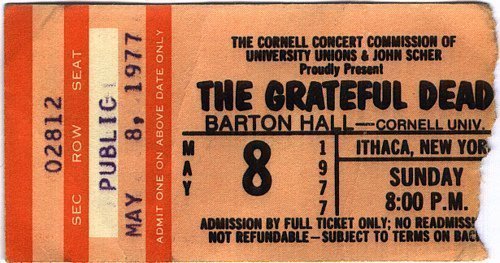 Today marks the 37th anniversary of what many Grateful Dead fans consider to be the greatest show the band has ever played. They played 2,318 shows over their 30 year career, from 1965 to 1995. Yet, THIS is the show that a majority of fans say was their best.

It's a simple answer. Because three positive factors came together that night: the whole band was on fire, the crowd was in high spirits, and tonight's tape was one of the earliest “A+” quality soundboard recordings to get into mass circulation. In turn, people copied and shared their tapes with friends, friends of friends, etc. Tonight's show fell into the hands of Grateful Dead fans from all over the world over a short period of time, and the internet hadn't even been invented yet! Below, you can stream a matrix recording. 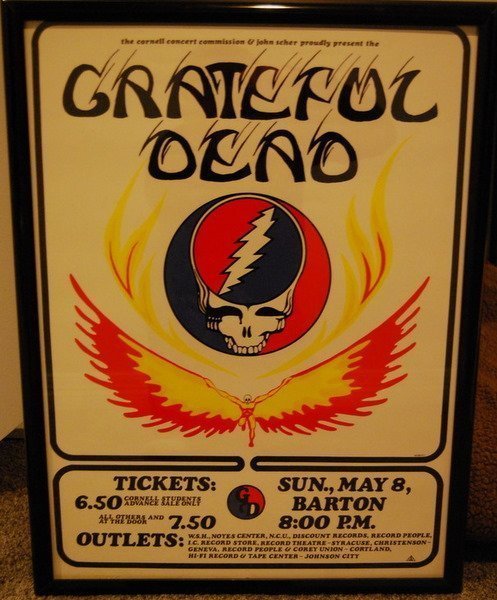 It's a meaty show with impressive jams in songs like "Dancing in the Streets" and "Morning Dew." The shorter songs, like "Row Jimmy" and "Jack Straw," deliver with passionate vocals from Jerry Garcia and Bob Weir, including solos that push you to the edge of your emotions. The stellar second set is another reason this concert deserves the hype it's gotten. Musically, the band is "in the zone" and doesn't give up until the last note of "One More Saturday Night" is played.

On March 11, 2013 The New York Times published an article mentioning this show followed by readers' comments. Fans explain the magic of that night below:

I was a freshman at SUNY-Binghamton and took the bus to Ithaca the day before the show (my 19th birthday) to sleep out in front of Barton Hall and save places in the front of the line for my friends. There was no one there so I stayed at my brother's (he was attending Cornell). I got there early the next morning and secured a spot in the front of the line. My friends and I were front and center for the show (right in front of Bobby), and what a show. After the show, we drove back to Binghamton in the snow.

Barton Hall is notable for me for its energy. As much as I love other nights from May 77 for their own merits they strike me as a bit more languid than Cornell. May 8th took the Spring 77 model and put it into overdrive and that energy lifts it to its well deserved notable status. Overrated? Overhyped? Perhaps but in my world it is for good reason 5/8/77 Rocked! It is a tour de force that stands the test of time.

It’s all opinions in the end, and we each have our own preferences. Today, though, we can all agree that the boys were firing on all cylinders this night, and luckily, an audio recording survives for us to hear. 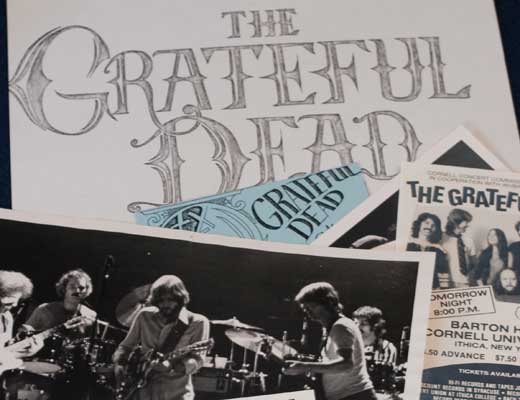 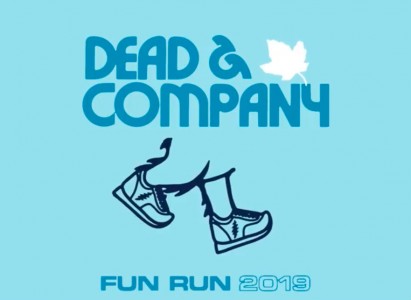