Check out Danny Brown's "Dip", a hip-hop ode to club drugs set to release on his new album Old on October 20th.

Produced by SKYWLKR, the beat immediately draws notice, providing a droning background to Brown's high pitched raps. As for lyrical content, the first verse's line "like Lieutenant Dan, I'm rolling" provides about as much context as "Dip" needs. It's a song about drugs, a euphoric yet somewhat terrifying one at the same time.

That being said, Danny Brown is at top form here, rattling off lines with some of the most interesting rhythm seen in the scene. Though it is occasionally overwhelming, especially during some of the heavier portions, there's no modesty in his delivery and the confidence in his unique voice always manages to draw attention.

The video is a visualized trip, with interlaced shots of Brown's concerts and dark, neon purple and pink closeups of faces and bodies. The cartoon pills, capsules and bulging eyeballs illustrated over Brown's face are vibrant and nightmarish, recalling scenes from Who Framed Roger Rabbit?.

All in all, "Dip" is catchy, in your face, and humorous in an often dark way. In other words, it is a new Danny Brown track. 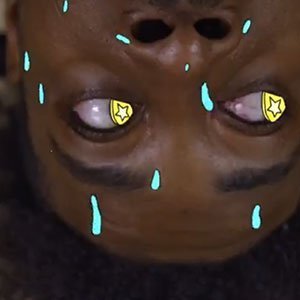