Legendary hip-hop producer, DJ Clark Kent, returned to his hometown streets of Crown Heights, Brooklyn on Complex's The Neighborhood. The man behind some of Jay Z's tracks on Reasonable Doubt and Junior Mafia's classic "Get Money," revealed his favorite spots to visit in the neighborhood as a child.

Showing a Caribbean eatery, park jams, front steps, rough blocks, and number runners, the veteran gave the ins and outs of his former Crown Heights living. Old friends show up in surprise, and a 25-year-old West Indian restaurant shocks Kent as they still have the same beef patties he ate as a child.

The neighborhood tour is a great insight into how Brooklyn life was during Clark's younger years. He frequently states "The neighborhood is much safer now," inviting those who have never visited to make a trip towards the end of the video. 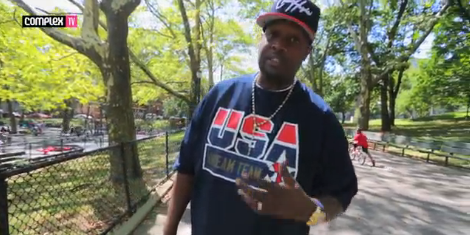