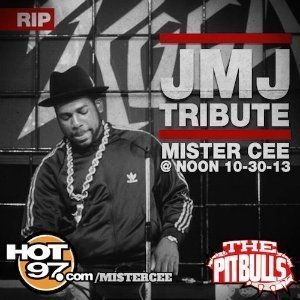 "Never gone, never forgotten," DJ Mr. Cee states over the tribute, dropping classics such as "Walk This Way" and "Peter Piper." The mix shows that the Jam Master Jay's legacy will forever live on, as the songs clearly still stand the test of time. Without Jay's craftsmanship, who knows if Run-D.M.C.'s success would have been the same.