Australian electronic duo, Empire of the Sun, released the official music video for "DNA." Luke Steele and Nick Littlemore seem to have a theme going with their latest album's concept of the Emperor (Steele) and the Prophet (Littlemore). Steele, who is known to wear crazy outfits, has been enjoying this most recent one a little too much.

Join Empire of the Sun on their journey into the night. The duo throw a dance party in a bodega, start a bicycle gang (or so it seems), and party like the kids in Warner Bros. Project X.

Ice on the Dune is available now via Astralwerks. 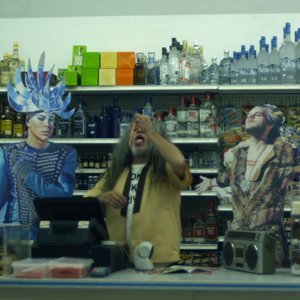