Arctic Monkeys are back with the release of their new single "Do I Wanna Know?" which comes with an official music video.

"Do I Wanna Know?" is exactly what you would expect from them; hard hitting rock riffs and Alex Turner's signature blues ridden Sheffield accent. The build up on the track is more like a creeping and crawling feeling in which Turner literally says in the song's lyrics, "Crawlin' back to you, Never thought I'd crawl in when you've had a few, As I always Do."

The video is a trip and a half that depicts the sound waves being played by the Monkeys, which then transforms into vivid cartoons in cars and pretty graphic sexual imagery. Between the track and video you are really transported into a whole other world. 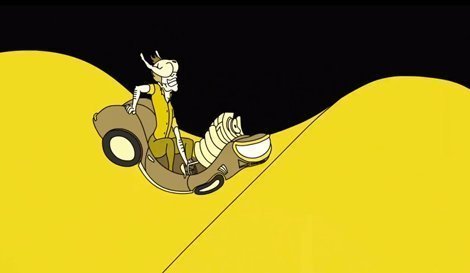 Arctic Monkeys Add 2018 Tour Dates: Ticket Presale Code & On-Sale...
Tickets Garage Rock Psychedelic Rock Rock Arctic Monkeys
4
6872
Back to top
You must be logged in to upvote things.
Registration and login will only work if you allow cookies. Please check your settings and try again.