The impressive up-and-coming soul singer with a distinctive leaping falsetto also announced his signing to indie label Jagjaguwar, and a string of summer tour dates.

Directed by Allie Avital, the "Doomed" video shows Sumney suspended in a gradient under-water dreamlike sequence that is as haunting as it is emotionally provocative. The music intermingles with the slow-motion cinematography, providing a relatively uplifting spirit to the otherwise claustrophobic sequence playing out in the video. Sumney's voice is undeniably beautiful, and the sparse accompaniment serves to emphasize Sumney's unique vocal flair. 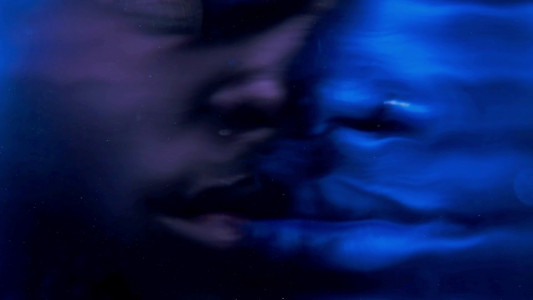