"Down In The Shadows" - INVSN [Rolling Stone Stream] 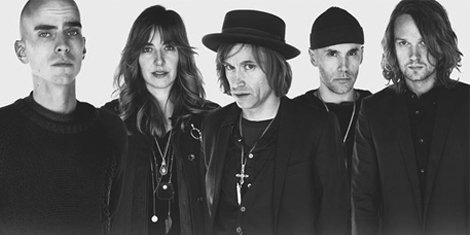 Dennis Lyxzén, of the Swedish punk band Refused, and his new band INVSN, have released the first single from their upcoming yet-to-be named debut EP, which you can stream here at Rolling Stone. The song, "Down In the Shadows," keeps with Lyxzén's punk rock message of being true to yourself and refusing to buckle to social pressures. The driving bass and drums propel the song forward, and the guitar and synth lines provide some brighter melodies than most punk songs get. The debut EP will be released sometime in the fall.