Beyoncé and Jay Z opened up the 2014 Grammy Awards with a performance of "Drunk in Love." Featured on Beyoncé's latest album, Beyoncé, the seductive track is a peek into the married couple's bedroom activities. The performance at the Grammys raised the song's sexuality to another level, as the two expressed affection with enough body language to put any doubt of their relationship to rest.

Dressed in a revealing black outfit, Beyoncé used a chair for the beginning of the track. Once Jay Z's vocals started, the rapper appeared on stage to the crowd's excitement. Wearing a tux, the dapper lyricist took his wife's hand as he rapped his verse. The chemistry between the two was very apparent, as Beyoncé danced close on her smiling husband's body.

The vocals were not Beyoncé's best performance, which was seen on her disgruntled face after the song, but the couple's display of love made up for any vocal mishaps that may have occurred. Later on during the show, Jay Z won an award for "Best Rap/Sung Collaboration," and during his acceptance speech, he thanked God for allowing him to meet Beyoncé. He also jokingly stated, "I wanna tell Blue that, look, daddy got a gold sippy cup for you." 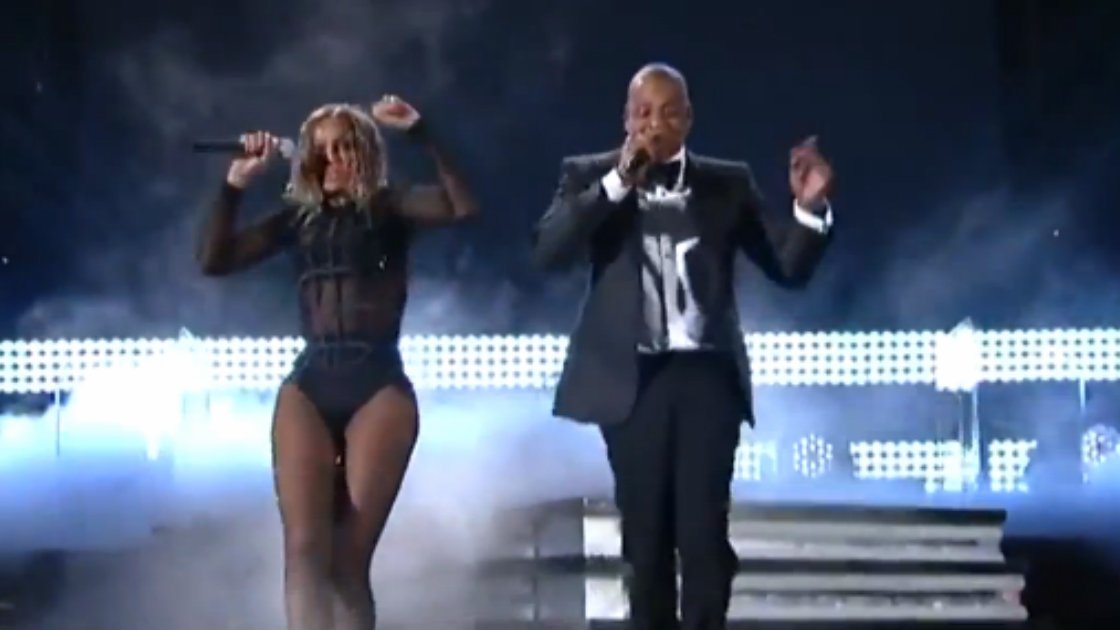 Jay-Z and Beyoncé 2018 Tour Dates Set and Tickets Now On Sale
Tickets Hip Hop Pop R&B-Soul Beyoncé Jay-Z
9
18997
Back to top
You must be logged in to upvote things.
Registration and login will only work if you allow cookies. Please check your settings and try again.