People, Hell & Angels, a new album of previously unreleased Jimi Hendrix recordings, is set for release on March 4. Legacy Recordings has made the opening track, "Earth Blues," available for listening.

All 12 tracks on the album were recorded between 1968 and 1970 and were meant to be included in the 1997 First Rays of the New Rising Sun, a posthumous album of unfinished recordings. People, Hell & Angels will be available on March 5 for a digital release and on April 1 for a physical release.

The album had Hendrix working with new musicians, notably Buffalo Springfield's Stephen Stills and drummer Buddy Miles. It was co-produced by Janie Hendrix, John McDermott, and Eddie Kramer—all of whom, since 1997, have overseen the re-release of each Jimi Hendrix album.

Check out "Earth Blues" and the full People, Hell & Angels tracklisting below. 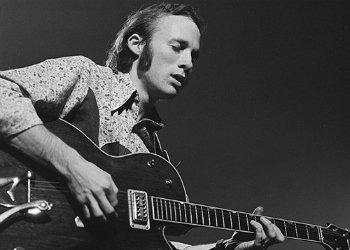 "Lover Man"
Jimi Hendrix (YouTube)
Music Classic Rock Psychedelic Rock Rock Jimi Hendrix
3
1038
Back to top
You must be logged in to upvote things.
Registration and login will only work if you allow cookies. Please check your settings and try again.