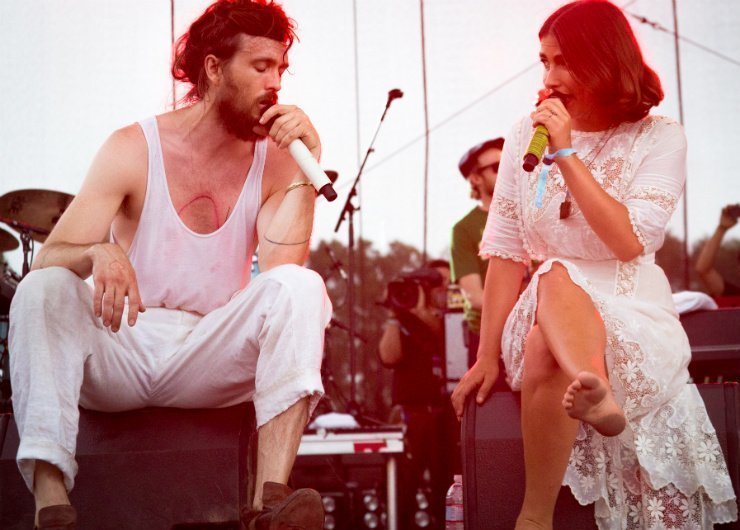 Alex Ebert and Jade Castrinos' musical partnership was the foundation for what would become Edward Sharpe & the Magnetic Zeros. Now Castrinos is gone.

The exact circumstances of the vocalist's departure are still unclear, but according to JamBase, Castrinos posted on her instagram as follows: "for seven years i sang and wrote music with edward sharpe. they voted me off of tour a week before they left, via email. lol"

Zeros frontman Ebert reportedly responded in a since-deleted Facebook post that the band "did not feel right doing this tour with Jade. That fact breaks my heart in ways I don't want to describe." He went on to say that the band hopes they and Jade can reunite.

What might be an interesting date to keep note of is October 19th, when the band will perform at Clearwater Jazz Holiday in Clearwater, Florida -- about 20 miles from Castrinos's hometown of St. Petersburg. The storybook ending? She rejoins the band in time for a return home. More realistically, let's hope they reconcile sometime soon.