Making my way through the album, I am delighted that the ensemble continues to share in their exuberant wonder at life even as they carry its darkness. If you're brave enough to be so honest, listen to "Life Is Hard" an exemplary track in which Alex Ebert and his band cut through their fog, revealing a general dissatisfaction yet playing notes of sweetness and rejoice.

Enjoy First Listen on NPR and purchase the album directly via NPR's links to Amazon and iTunes to show your financial support of this fine public broadcasting network. 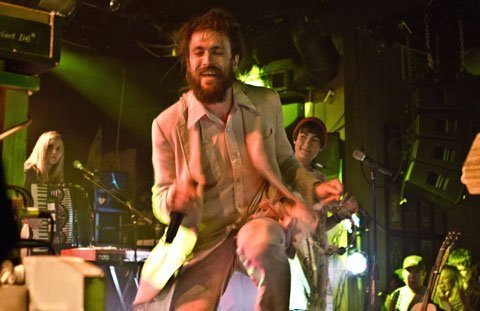