Elliott Smith Documentary "Heaven Adores You" to Premiere in San Francisco on May 5th, 2014 [Video]

An Elliott Smith documentary that's been in the works since 2011 is now ready for its premiere, which will take place on May 5th, 2014 at the San Francisco International Film Festival. Entitled Heaven Adores You, the documentary was funded by Kickstarter and directed by Nickolas Rossi.

Featuring interviews with Smith's sister, past band members, employees of the Kill Rock Stars record label, and frequent collaborator Jon Brion, Heaven Adores You bills itself as "an experimental film that explores the impact left behind" by Smith. It will also feature songs and footage that were previously unreleased.

No wide release date has been announced yet, but you can be sure that Heaven Adores You will be screened at other film festivals around the country this summer. Read what director Nickolas Rossi has to say about the film below.

Heaven Adores You came about over many years. I wanted to build on the love that the fans had for Elliott. I wanted to do something that honored his contributions to the music scene, to the global community, and to my own personal journey. The circumstances around Elliott’s death created a very tight circle amongst his friends. Everyone else seemed to want to pry into the sensational darkness surrounding his death.

Heaven Adores You aims to be just that: A visual, melodic love letter of sorts to a musical genius, in the environments that he knew best: Portland, New York, and Los Angeles. By having Elliott guide us himself, via recorded conversations and interviews, I am hopeful that he can tell his own story once and for all, surrounded by the people who loved him dearly. 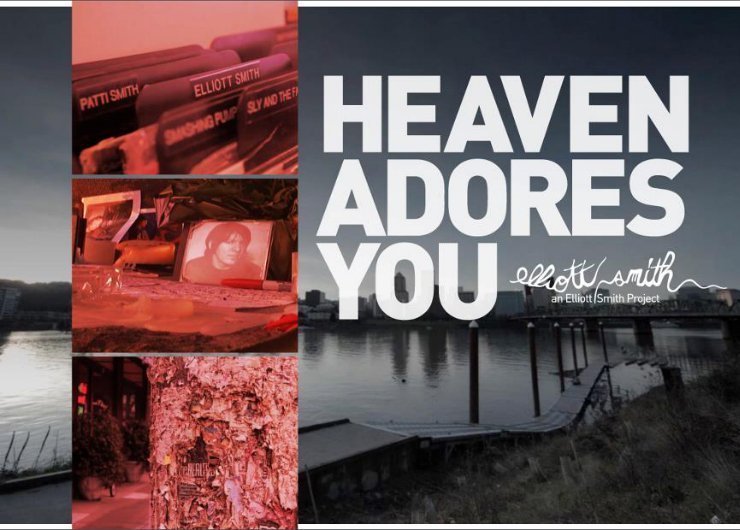