On September 18, Elton John and his band will kick off a tour run with a string of dates in the U.S. and overseas. The tour will begin with an appearance at the Midtown Music Festival in Atlanta, and will stretch out until December 19 in Australia. Internationally, the singer will hit numerous cities, including six dates in Australia and two in Japan. The U.S. run includes a three-week Las Vegas residency from October 13-October 31.

Tickets for Elton John are pricey on the secondary market. For his entire stretch in Las Vegas, passes for Elton John are averaging at $188. The Saturday concert on October 17 in Vegas is his most expensive of the residency shows on the calendar, and has an average price of $200 and a minimum of $113.

Internationally, some of Elton John’s most expensive shows include his December 19 show in Sydney, Australia, where a get-in ticket starts at $506. For his November 16 show in Osaka, Japan, Elton John’s get-in ticket price is $310, according to Ticketbis.

Across all of his dates in 2014, Elton John tickets on the secondary market were bought for an average of $216. In 2013, the tickets were slightly more expensive, averaging $254, and in 2012, his tickets checked in with an average of $223 for all of his dates. For 2015, Elton John’s tickets are the cheapest they’ve been in the last three years, and are averaging around $189.

The Midtown Music Festival also includes headlining acts Drake, Alice in Chains, Van Halen, Sam Smith, Daryl Hall & John Oates, and Lenny Kravitz, and will span out over both Saturday (Sept. 19) and Sunday (Sept. 20). Tickets and VIP Passes are still available on the primary market, and can be purchased for $125 for two-days.

Earlier this month, Sir Elton John played a headlining spot at Outside Lands Music Festival in San Francisco, California at Golden Gate Park, and a three-day pass averaged at $732 on the secondary market. On Sunday, August 9, Elton John headlined, and a single-day pass for that day averaged at $327, with a get-in price of $207. 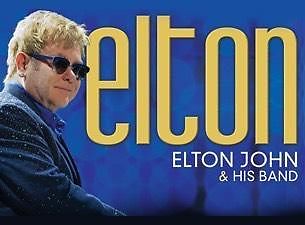 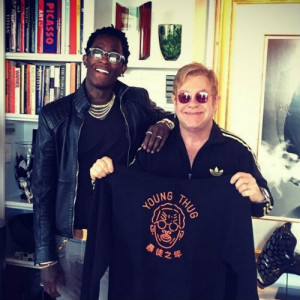