Elvis Costello has announced 2016 tour dates for this upcoming Fall in North America, backed by his band The Imposters. These concerts will take place from late October to November.

Before then, his tour schedule includes appearances at the Newport Folk Festival on July 24, a tour through Asia in September, and a number of solo dates in the USA in October supported by Atlanta-based rock band Larkin Poe.

Updated: Tickets are now on sale to the general public for most shows. Click the links below for direct ticket sales and scroll toward the bottom of the page for more information about presale offer codes.

WHEN DO ELVIS COSTELLO 2016 TOUR TICKETS GO ON SALE AND WHAT IS THE PRESALE CODE?

Presales began at 12 PM yesterday. Use the presale offer code IMPOSTERS or DETOUR to purchase tickets on Ticketmaster. The general public on-sale will begin on Friday, July 22, 2016.

Fans can also get a 10% discount through Ticketmaster for buying tickets to both New York City concerts together.

We recommend signing up for Elvis Costello's free email newsletter, as well as following him on social media to get the most up-to-date information about additional offers.

Each show can be different, so check the links above for more information and direct ticket sales.

For the latest music, news, and tour information on Elvis Costello, check out his Zumic artist page. 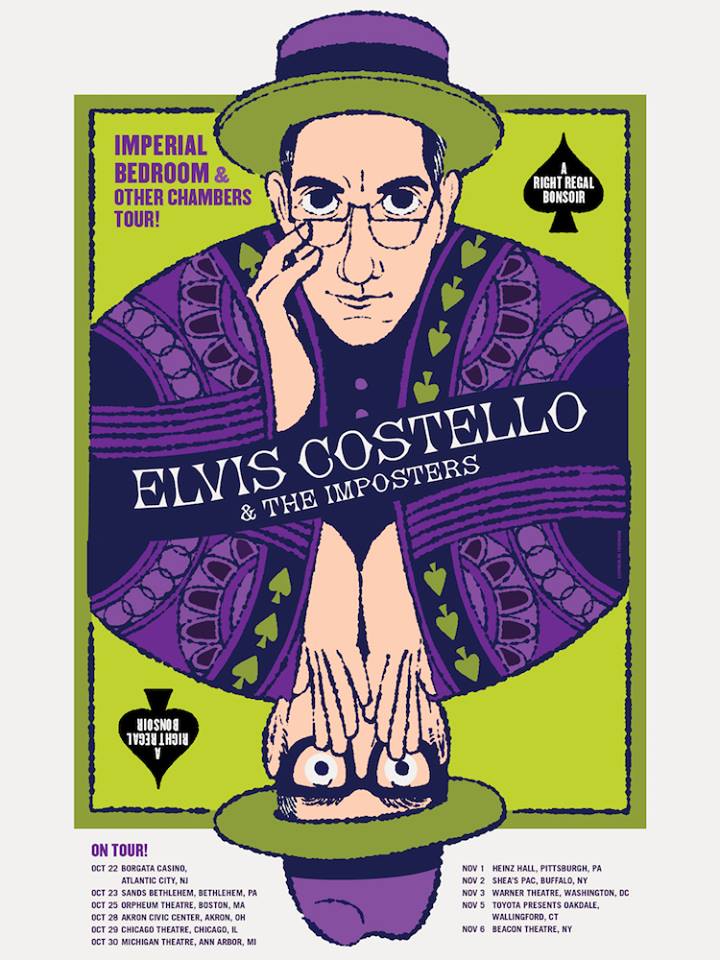 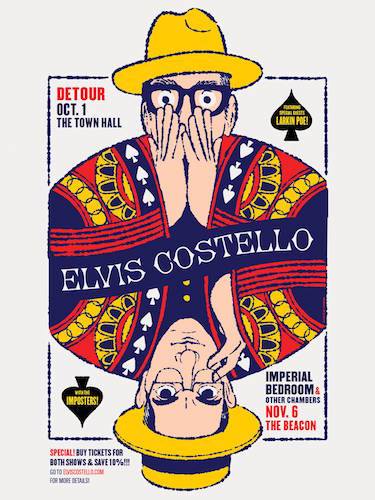 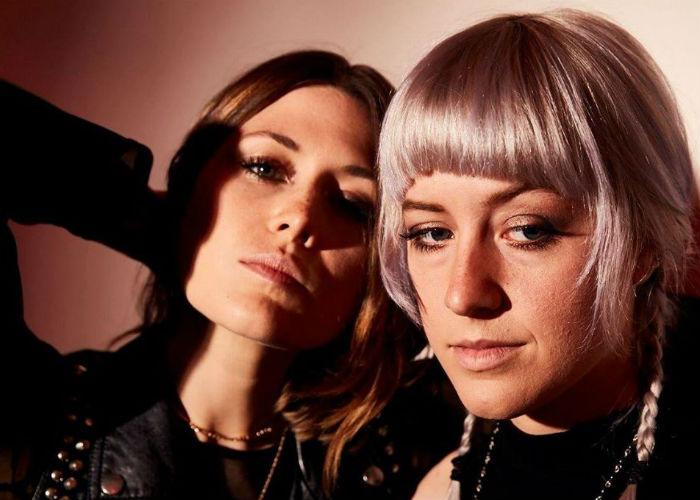 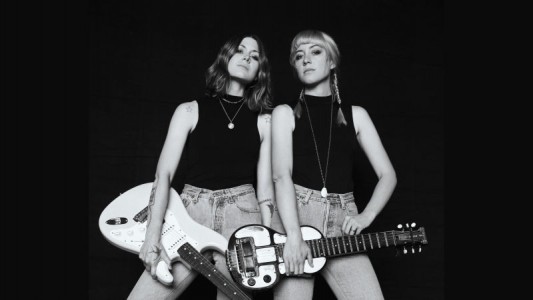 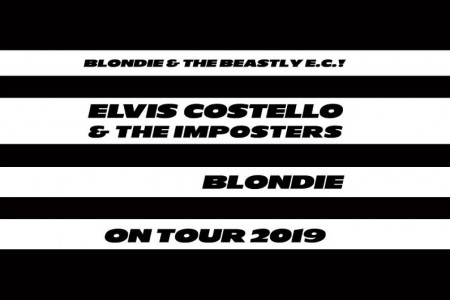