Even After Cooling Down, 5 Seconds Of Summer's 2015 Tickets Still in High Demand on Secondary Market 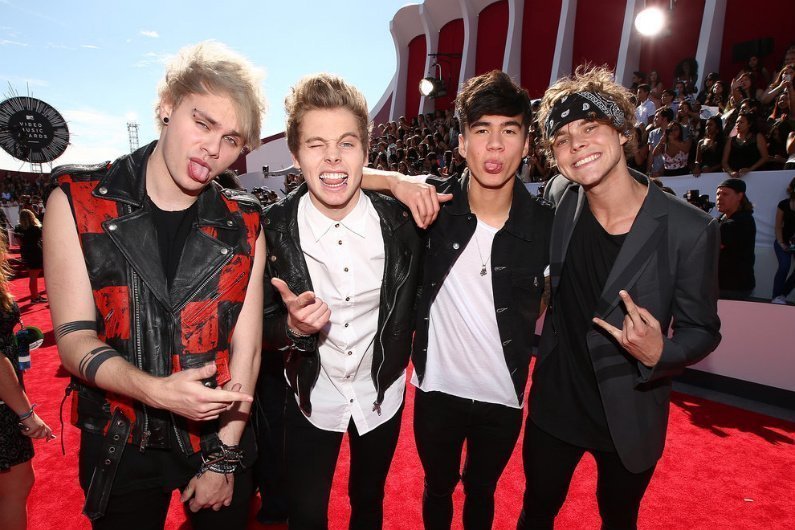 After a summer spent opening for One Direction on their Where We Are Tour, Australian pop punk band 5 Seconds of Summer announced their own headlining tour for the summer of 2015. While prices initially skyrocketed on the secondary market, prices have dropped slightly for the Rock Out With Your Socks Out Tour.

Still, there has continued to be high demand for many shows on 5 Seconds of Summer's upcoming tour. After playing huge stadiums with One Direction, most of the venues played on the Rock Out With Your Socks Out tour will be arenas and amphitheaters. The most expensive date on the tour is currently August 30 at PNC Bank Arts Center in Holmdel, New Jersey. The date currently has an average price of $487.74, 180.4% above the tour average.

The least expensive show is currently July 18 at the Sleep Train Amphitheatre in California with an average price of $111.42, 36% below the tour average. A September 7 show at Farm Bureau Live at Virginia Beach is the only show on the tour with a secondary market average below $130.

For fans who can’t wait until next summer to see the band live, they will be playing at a few Jingle Ball events throughout December. The least expensive on the secondary market comes December 6 for B96’s Jingle Bash at Allstate Arena in Chicago. The current average price is $169.15, which would be 3% below the Rock Out With Your Socks Out Tour average to also see sets from Ariana Grande, Pharrell, and MKTO.

While the secondary market price for the upcoming tour is around what One Direction averaged across Where We Are, that’s mostly due to the large capacity of stadiums played. The year before, secondary market One Direction tickets from TiqIQ had an average price of $271.89 when they played arenas and amphitheaters for their Take Me Home Tour.

5 Seconds of Summer might not be reaching the heights of One Direction, they’re still seeing high demand and prices for their upcoming tour on the secondary market.