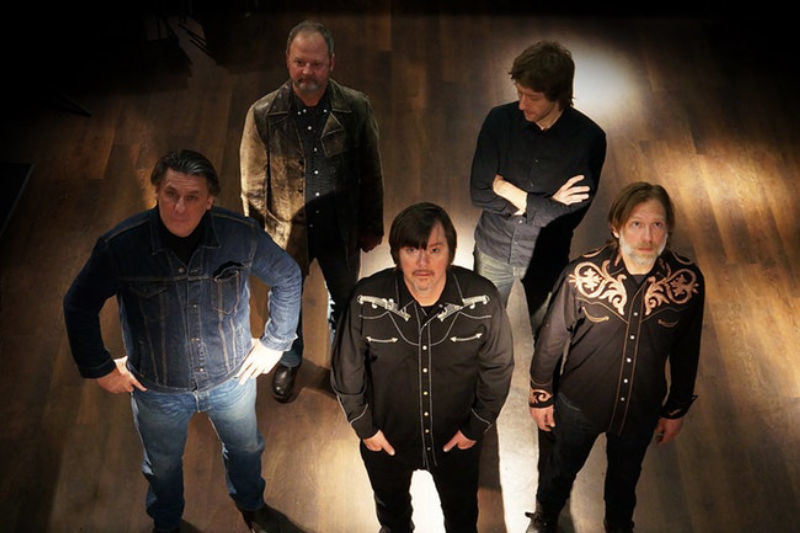 SEMINAL BAND SON VOLT EMBARK ON THEIR 25th YEAR WITH THE RELEASE OF UNION ON MARCH 29TH POLITICALLY CHARGED NEW SONGS EXPRESS THE CLARITY THAT CAN BE GAINED THROUGH MUSIC "...Farrar’s timeless songwriting about working-class people once again seems more of the moment than ever." – Uproxx Nashville, TN – Influential group Son Volt has announced the March 29th release of their ninth studio album, Union (Transmit Sound/Thirty Tigers). The new album showcases the depth of band founder Jay Farrar’s intelligent songwriting as he stretches out on the thirteen songs by confronting our current political climate with keen observations and pointed commentary. Farrar reminds of the comfort and clarity that music can bring while also drawing attention to the growing societal issues in front of us. Farrar channels folk music’s enduring legacy of the troubadour on Union. “There are so many forces driving our country apart,” observes Farrar. “What can we do to bring our society back together?” A defining and revered figure in the world of roots rock, Farrar’s songwriting and distinctive vocals helped launch, via his band Uncle Tupelo, the alt country movement of the 1990’s that was the precursor to what is now widely referred to as Americana. Initially intended to be an entirely political statement, Union morphed into a combination of politically inspired material balanced by a cluster of new songs reflecting the power of love, time and music which sustains us. “While Rome Burns” emphasizes finding unity during times of turmoil while an album highlight, “Devil May Care,” offers the distraction we need, an effusive tribute to the fun of playing and creating music. A unique aspect of Union is that eight of the thirteen songs were recorded at places associated with two figures in American history whom Farrar considers important - labor and community organizer Mary Harris “Mother Jones” and iconic folk hero Woody Guthrie. Three songs were tracked at the Mother Jones Museum in Mount Olive, Illinois, and four others were recorded at the Woody Guthrie Center in Tulsa, Oklahoma. The legacy of Woody Guthrie helped to inform Union’s closing song “The Symbol” which was inspired by Guthrie’s classic “Deportee (Plane Wreck at Los Gatos)”. Union features long time band members Mark Spencer (piano, organ, acoustic slide, lap steel, backing vocals) Andrew DuPlantis (bass, backing vocals), returning member Chris Frame (guitar), as well as newest member Mark Patterson on drums and percussion. One of the most influential bands of their generation, Son Volt continue to inspire while creating vital and relevant music that will surely stand the test of time.

“The Waterfall II” - My Morning Jacket [Album Review]
Music Folk Rock Garage Rock Indie Rock Jambands Psychedelic rock My Morning Jacket LP
1
394
Back to top
You must be logged in to upvote things.
Registration and login will only work if you allow cookies. Please check your settings and try again.