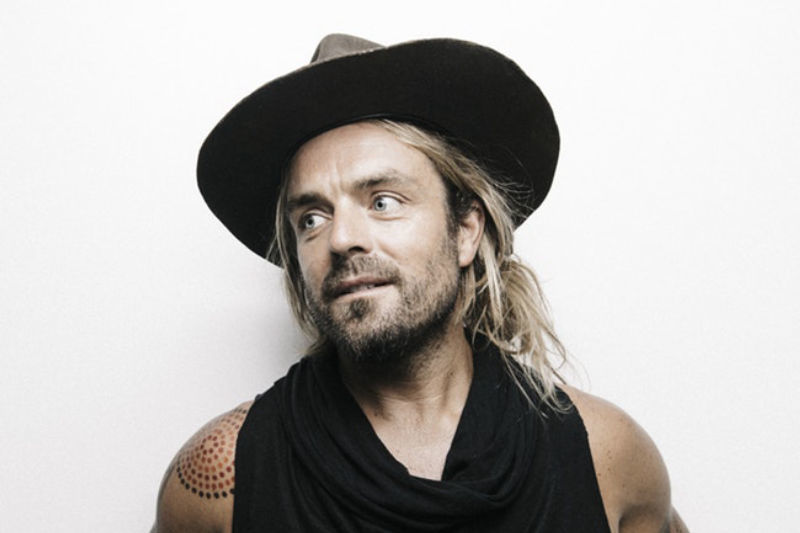 For Xavier Rudd, writing music and living his life are one and the same. “I’m literally just singing about the things that are going on around me,” he says of his sublime and soaring indie-folk. Environmental work, activism, veganism, spiritualism, surfing, family camping trips in the bush and dog walks on the beach; everything Rudd does, he pours into song. The result is a personal sound that strikes a universal note. The Australian multi-instrumentalist’s new album title track best encapsulates this idea. Backed by the gentle strum of acoustic guitar, on ‘Storm Boy’, Rudd sends out a postcard of a sun-drenched life lived outdoors: “Freedom of the heart is what we crave / When we sit by the river with a cup of tea / Watch the movement of the tide in the gentle breeze,” he sings, in his comfort-blanket voice. It’s just one of many highlights on a record that celebrates strength and stability at their most powerful and fundamental. In the picture-perfect video for ‘Walk Away’, Rudd is captured swimming in lakes, catching the surf and strumming his guitar, while booming bass drums amp up the track’s near-transcendent quality. One specific moment seems to sum up the record for Rudd, an album which he describes as “pondering” and “more personal” than previous efforts. It’s a line where Rudd’s spirituality really comes to the fore: “Kookaburra calls just like he knows / And I call a ride back yes I’m home / He’s been with me he’s watched me grow / Through those rainy days and those rocky roads.” Six years have passed since Rudd’s last solo release, Spirit Bird, and a lot of things have happened in that time. Storm Boy tracks the last five or six years of his journey, his “awakening” and of all the things that “have made sense” along the way. Most notably, he’s fallen in love. “It’s definitely a theme on the record,” agrees Rudd. And if Spirit Bird signalled the beginning of his spiritual self-awakening, Storm Boy arrives at the conclusion. “Life feels strong and solid for me now… and this record is in a different space. It’s a solid space. I feel like I’ve come to the end of that chapter where I’ve learned a bunch of lessons and I’ve been shown a bunch of things spiritually.”

Justin Bieber Plans 2021 Tour Dates: Ticket Presale & On-Sale Inf...
Tickets Pop Justin Bieber
1
768
Back to top
You must be logged in to upvote things.
Registration and login will only work if you allow cookies. Please check your settings and try again.