Haim performed "Falling" at the SXSW Filter Magazine Showdown in Austin Texas last week. Here's an awesome video with some wailing guitar action and really high energy performance all around:

Haim (pronounced to rhyme with "fry 'em") combines three long-haired sisters, drummer Dvash Hutton and the best trends of the past three decades — '80s pop, '90s R&B and '00s anthemic folk — to create an infectious sound that is poised to dominate the summer of 2013. Their debut album is expected to be out later this year, but in the meantime, watch them perform their latest single, "Falling." 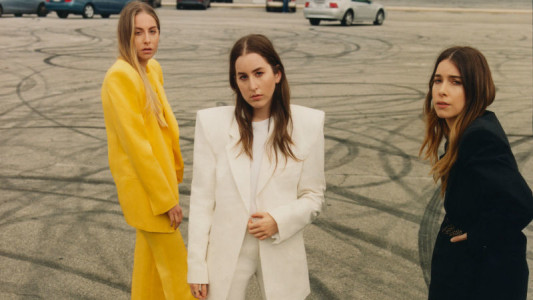 Tickets on Sale for HAIM 2018 North America Tour Dates
Tickets Pop Rock Rock HAIM
2
4487
Back to top
You must be logged in to upvote.
Registration and login will only work if you allow cookies. Please check your settings and try again.