Janelle Monáe cohorts Deep Cotton have released a grindhouse-inspired music video for "We're Far Enough From Heaven Now We Can Freak Out," in which they're brought to the clandestine jungle fortress of the SCUM warriors. The warriors plan on killing all of the men on planet earth, starting with Nate “Rocket” Wonder and Chuck Lightning. The only way out, of course, is through the power of funk. Unsurprisingly, their liberation isn't much of a challenge.

In this outlandish EMOTION PICTURE, DEEP COTTON is brought to CAMP MOTHALAND and put on trial for the New Atlantis Exodus by the SCUM WARRIORS, a radical organization dedicated to the violent principles of Valerie Solanas's SCUM Manifesto...

Like the rest of the male captives, Deep Cotton encounters the Objectification Station, a wall where messages from various feminist and progressive political thinkers are placed daily in order to instruct men on their own lustful desires and patriarchal tendencies.

Through the power of music, Deep Cotton and the SCUM Warriors discover the next revolutionary and most peaceful step is for men and women to move forward as one to build a collective that JAMS together, and that works together harmoniously to cook, to clean, and to paint the fence....

You can find out more about the "emotion picture" and get a free download of their EP Runaway Radio (on which Janelle Monáe was executive producer) at their official website. 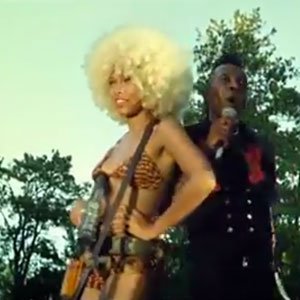 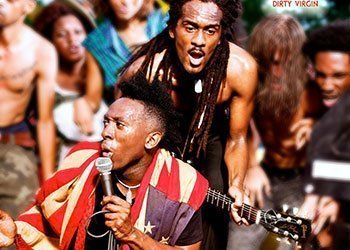