As Tunechi fans patiently await the release of his 11th album, Tha Carter V, they can bump his latest banger, "Fingers Hurting" in the meantime. The song will be featured on his Sorry 4 The Wait 2 mixtape which will be released tomorrow.

While Lil Wayne's next album is still in limbo, he will be releasing the second installment in his Sorry 4 The Wait saga. Fans found out that Wayne was releasing the new project after Rob DeGruy, a member of Tunechi's Truckfit clothing line crew, uploaded a video titled "Lil Wayne I'm so sorry" on his YouTube channel. The 1-minute video featured Wayne performing a segment of "Fingers Hurting."

The song begins with Wayne flicking a lighter and rapping acapella before the beat drops during the hook. He gives us his rendition of ILOVEMAKONNEN’s song “Maneuvering." When it comes to lyrical content, the Young Money boss offers us the usual numerous weed references and sexual humor intertwined with some gangsta talk. He does acknowledge his problems with his label and the prolonged release of his mixtape with the line, "Sorry for the wait, the confusion, the disturbance." 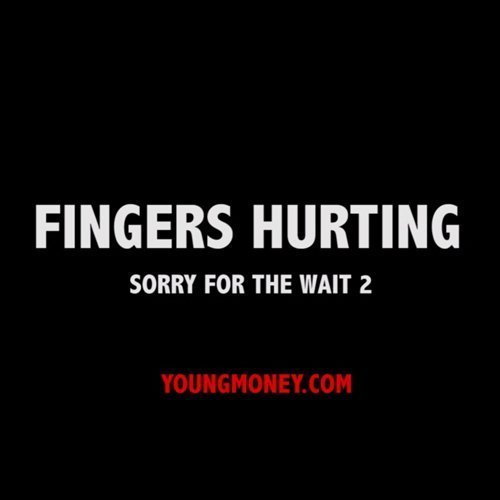