Back in September, FLAG tore through a brutal set at New York's Irving Plaza and SBG Media was there to catch it on film. FLAG's roster is a who's who of old school punk rock icons, so it's no surprise that they continue to kill it. Watch the pro-shot video above.

FLAG — one of this year's two Black Flag reunions — blew through a number of US venues and festivals over the last couple of months, including highlight-worthy sets at both Riot Fest and Metallica's Orion Music + More Festival. For those of us who were unable to witness those savage takedowns, here's a live video of the band performing at New York City's Irving Plaza in September. Featuring Keith Morris (vocals), Dez Cadena (guitar/vocals), Chuck Dukowski (bass), Stephen Egerton (guitar), and Bill Stevenson (drums), it's a rare piece of quality concert footage that captures the veteran hardcore punks doing what they do best. Watch FLAG plow through over 15 minutes of material, including catalog classics "Wasted," "Padded Cell," "Clocked In," "American Waste," and "Jealous Again."

The rival Black Flag just made their new LP What The... available for streaming. Listen to it here at Zumic and tell us which band you think should continue carrying the Black Flag torch. 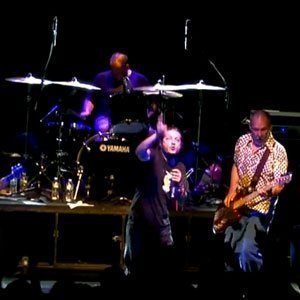