As with most recent Arcade Fire shows, the performance began with a bit of misdirection when cameras shifted from The Reflektors' paper mâché heads to the actual band, perched atop the Capitol Records building.

Playing to a costume-clad audience of people whose expressions suggested that an Arcade Fire show was some kind of religious experience, the group (now ten members strong) blazed through "Flashbulb Eyes" and "Afterlife" with the vigor of a band that just got a bunch of critical acclaim. Frontman Win Butler continued his attempt to wrest the title of "Funkiest White Man Alive" from Davids Byrne and Bowie, with tribal percussion and a gold suit jacket considerably helping his case.

Watch both videos above, and try to keep track of the number of reflective surfaces you see throughout. 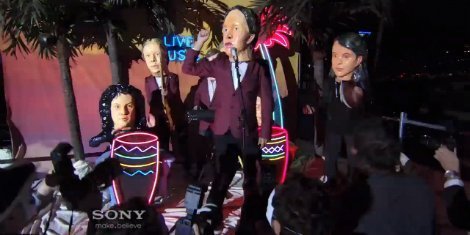 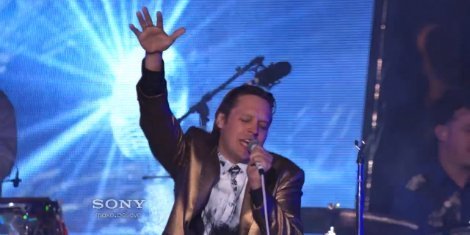 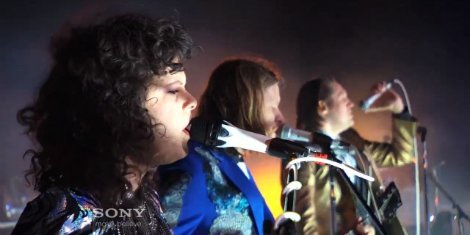